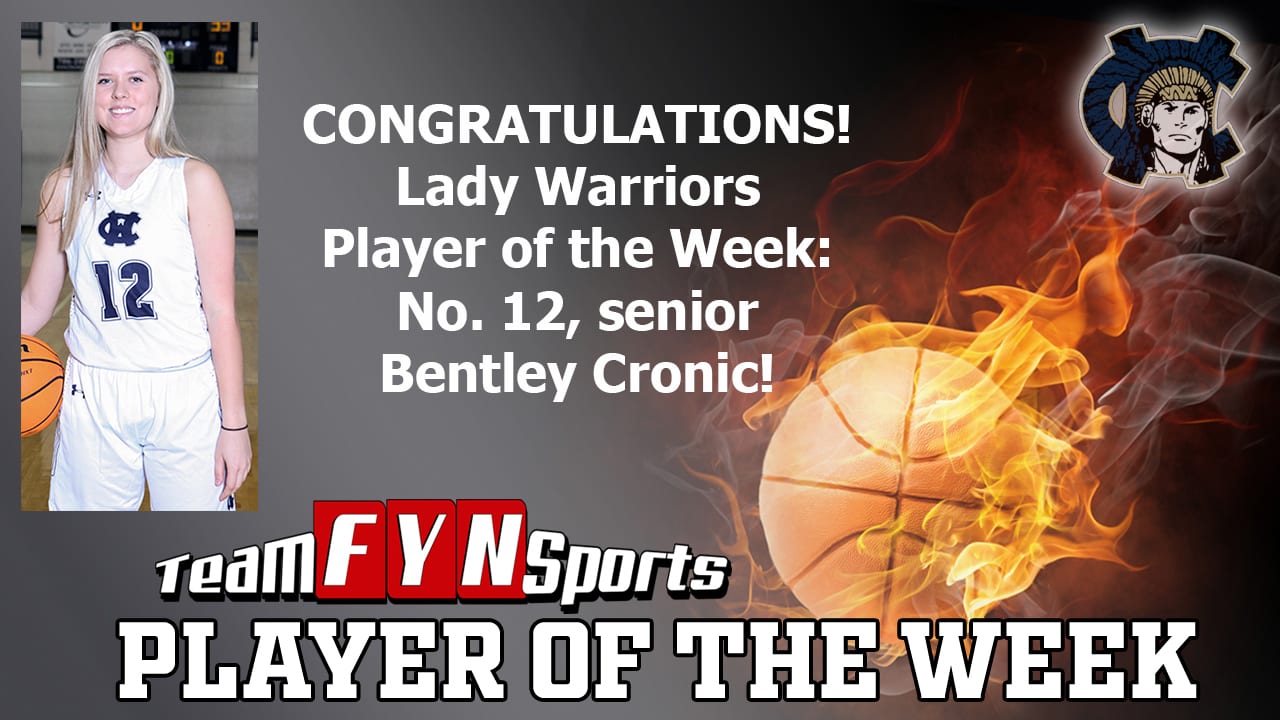 Bentley Cronic is the TeamFYNSports Player of the Week for the Lady Warriors!

Cronic, a senior guard who is committed to play at Piedmont College next season, scored in double digits in three wins for White Co. (6-5, 2-1 Region 7-AAAA) last week.

On Tuesday, Dec. 10, Cronic scored a team-high 22 points as the Lady Warriors earned a big region victory at West Hall, 79-44.

She followed that by scoring 12 points, pulling down two rebounds, and adding an assist and steal in a 59-39 win against Class 6A’s Habersham Central on Friday, Dec. 13, in Cleveland.

The next day, Cronic scored 14 points, added three steals and an assist, as the Lady Warriors defeated Dawson Co. 64-56 in the North Georgia High School Showcase on Saturday, Dec. 14, in Dawsonville.

For her efforts, Cronic is the TeamFYNSports Player of the Week for the Lady Warriors!