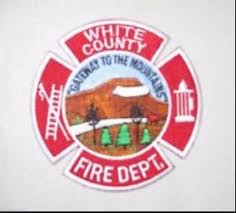 SAUTEE, Ga. – A fire that completely destroyed a rental cabin Sunday evening is determined to be accidental.

White County Fire Department was called to the scene around 10 p.m. When the first units arrived, the cabin at 202 Clarice Lane was fully involved.

Occupants of the cabin advised E-911 Dispatch that the side of the cabin was on fire from an outdoor fireplace and extending to the exterior front and side walls. Once fire units arrived on scene, the fire had spread to the interior. Mutual aid was requested from the Habersham Fire Department and the Lee Arrendale Fire Brigade.

Firefighters were on scene for approximately three hours fighting the fire and remained on scene for an additional two hours to ensure the fire did not spread to adjacent rental cabins and homes. Thankfully, no injuries were reported.

State Fire Investigator Brian Smith was called to the scene, and the incident is deemed accidental and is presently under investigation.  It is probable that the outdoor fireplace may have traveled through the flue and in between the walls of the main residence (attached) thus causing the structure to be a total loss.