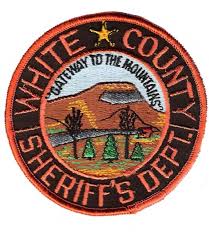 White County deputies were called to the scene shortly after midnight where they were confronted by an angry Danny Ramey, age 40, who, according to the incident report, forcefully resisted arrest. The deputy gained control of the situation and placed him into custody.

Ramey was transported to the White County Detention Center where he is being held without bond.