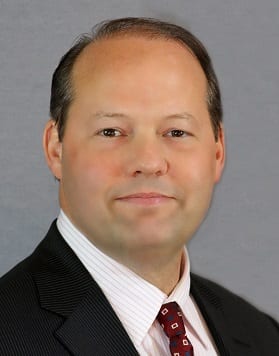 ATLANTA, Ga. – House members assigned to the Special Committee on Election Integrity currently have a full plate as they sort through numerous bills with more expected to drop.

Before the session, Speaker David Ralston (R – Blue Ridge) expressed the importance of a committee dedicated to tackling voter confidence after the divisive Presidential and Senate elections of 2020 and 2021.

“Many Georgians are concerned about the integrity of our election system. Some of those concerns may or may not be well-founded, but there may be others that are,” said Ralston while speaking at a Chamber of Commerce event.

With a lot riding on the hot button issue, Ralston tapped fellow Republican and lawyer Rep. Barry Fleming (R – Harlem) as Chairman to the Special Committee on Election Integrity.

“I am excited and humbled that Speaker Ralston and the Committee on Assignments has entrusted me with this committee chairmanship on such a vital issue,” Fleming said in a press release.

As of February 4, 14 different pieces of legislation have been sent to the committee for review. On the Senate side, Members of the Senate Ethics Committee are dealing with another 17 election-related bills.

Rep. Bee Nguyen (D – Atlanta), one of three Democrats to co-sponsor the bill, stated, “The bipartisan bill on rank-choice voting is a step in the right direction and would reduce the cost of running elections in the state of Georgia.”

A cautious Ralston previously commented that he would need a “real strong case to convince him” of anything that would challenge Georgia’s no-excuse absentee voting system.

One of the more bold pieces of legislation doesn’t come from the House, but rather the Senate. Proposed by Sen. Gloria Butler (D – Stone Mountain), SB 37  calls to replace the electoral college with a National Popular Vote. So far, Butler’s bill has 15 other so-sponsors. 15 states plus the District of Columbia have signed on to similar legislation.

While Republicans still hold to a majority at the state level, 2020 marked the year of the Democrat for Georga after it swung for Joe Biden (D), then Senators Raphael Warnock (D) and Jon Ossoff (D) took their runoffs. Republicans’ legislative action must prove that future elections aren’t lost after 75,000 voters didn’t show for the January run-off.