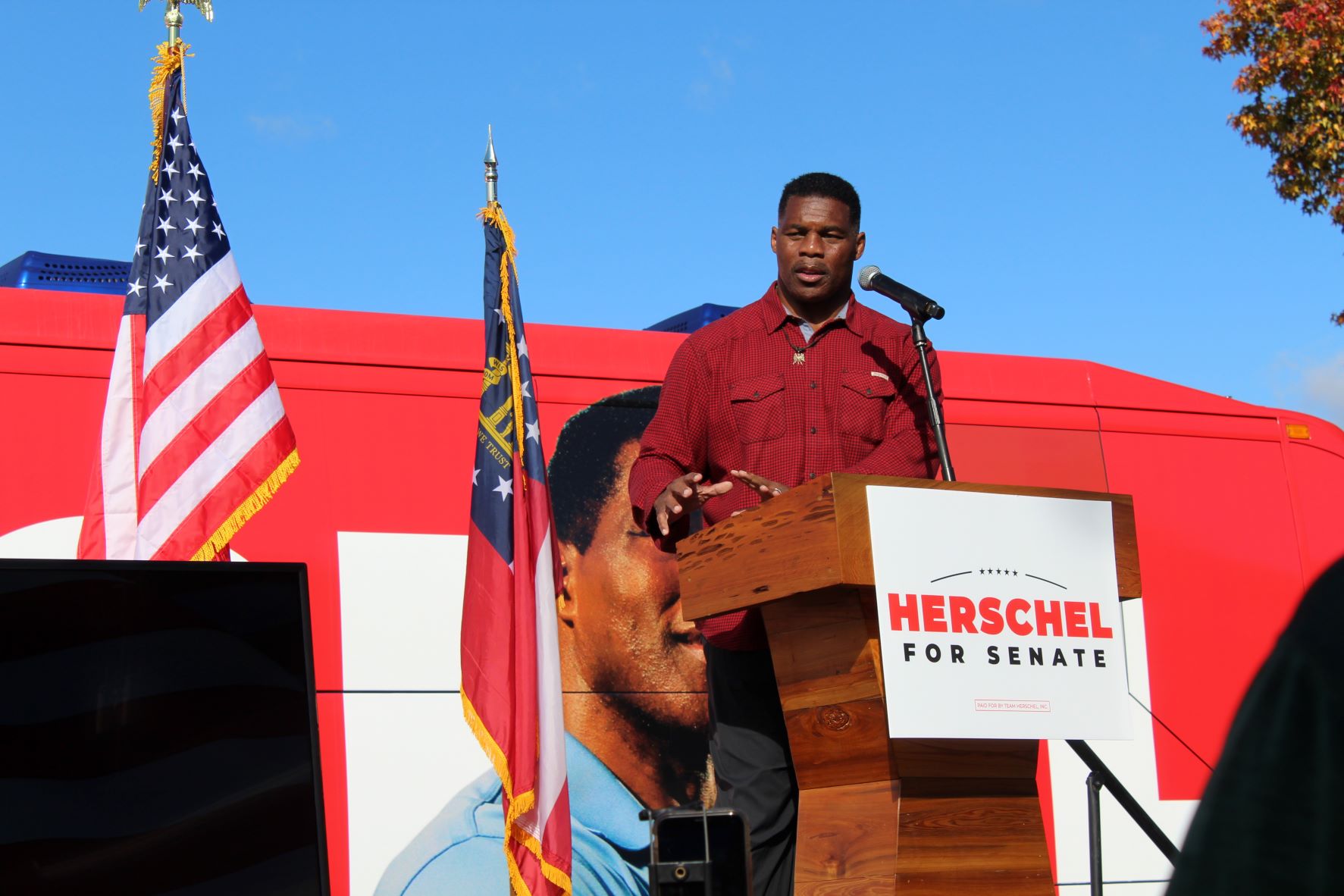 Herschel Walker is running for Senate in Georgia against incumbent Raphael Warnock. Walker won the primary election in May making him the Republican candidate. 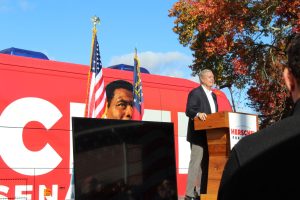 Before the May election, Walker had a rally in Lumpkin County, to review that rally visit https://lumpkin.fetchyournews.com/2022/02/22/lumpkin-county-republican-party-host-herschel-walker-rally/. Campaigning for Walker at his stop in Cleveland was a former spokesperson for the United States Department of State Morgan Ortagus as well as South Carolina Senator Lindsey Graham.

Former President Donald Trump has also backed Walker. Before Walker arrived at the campaign stop in Cleveland, Representatives from the 9th and 10th district, Andrew Clyde and Victor Anderson, spoke on his behalf.

All those who spoke at the Walker campaign had the same message – voting for him meant lowering inflation, protecting the United States’s borders, and supporting the police and military. Walker also spoke about the debate between him and Warnock, to watch the debate visit:

Heard in the clip above is Walker’s closing statement to the voters in White County. Election day is Nov. 8 and early voting is taking place now to find out where to vote and review sample ballots visit https://sos.ga.gov/voter-resources. 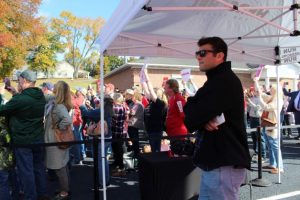 The crowd while supporting Herschel Walker.

The turnout was an estimated of around 40 people. Some did show up in their Georiga Bulldog gear to support the former college player. The crowd was excited about Walker’s speech and even agreed with some of the points he made, there was even one woman that shouted out over the crowd that she loved Walker. 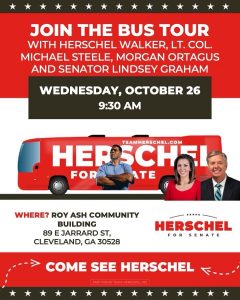 The flyer that was attached to the text messages announcing the stop.

This was a short-notice stop but the turnout was almost as large as the prior rally in Lumpkin. The voters were made aware of the stop through text messages both from Walker’s team and the elected officials in both city and county government.

So far early votes in White County are at 3,085. The total for the entire turnout for the 2018 election was 11,479. To keep up with the most current election numbers in White County visit https://www.whitecountyga.gov/elections-and-registration/page/election-news-and-updates.