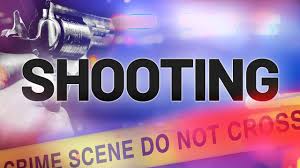 WHITE COUNTY, Ga. — The Georgia Bureau of Investigation has been called to investigate  the shooting death of a White County man.

According to a press release issued by the White County Sheriff’s Office, 34-year-old Anthony Orem Chambers was shot and killed by his father during a physical altercation at a location on Boca Hills Road in Sautee early Tuesday morning.

Sheriff Rick Kelley declined to release the name of the father. No charges have been filed while the investigation by  GBI Crime Scene Unit is ongoing