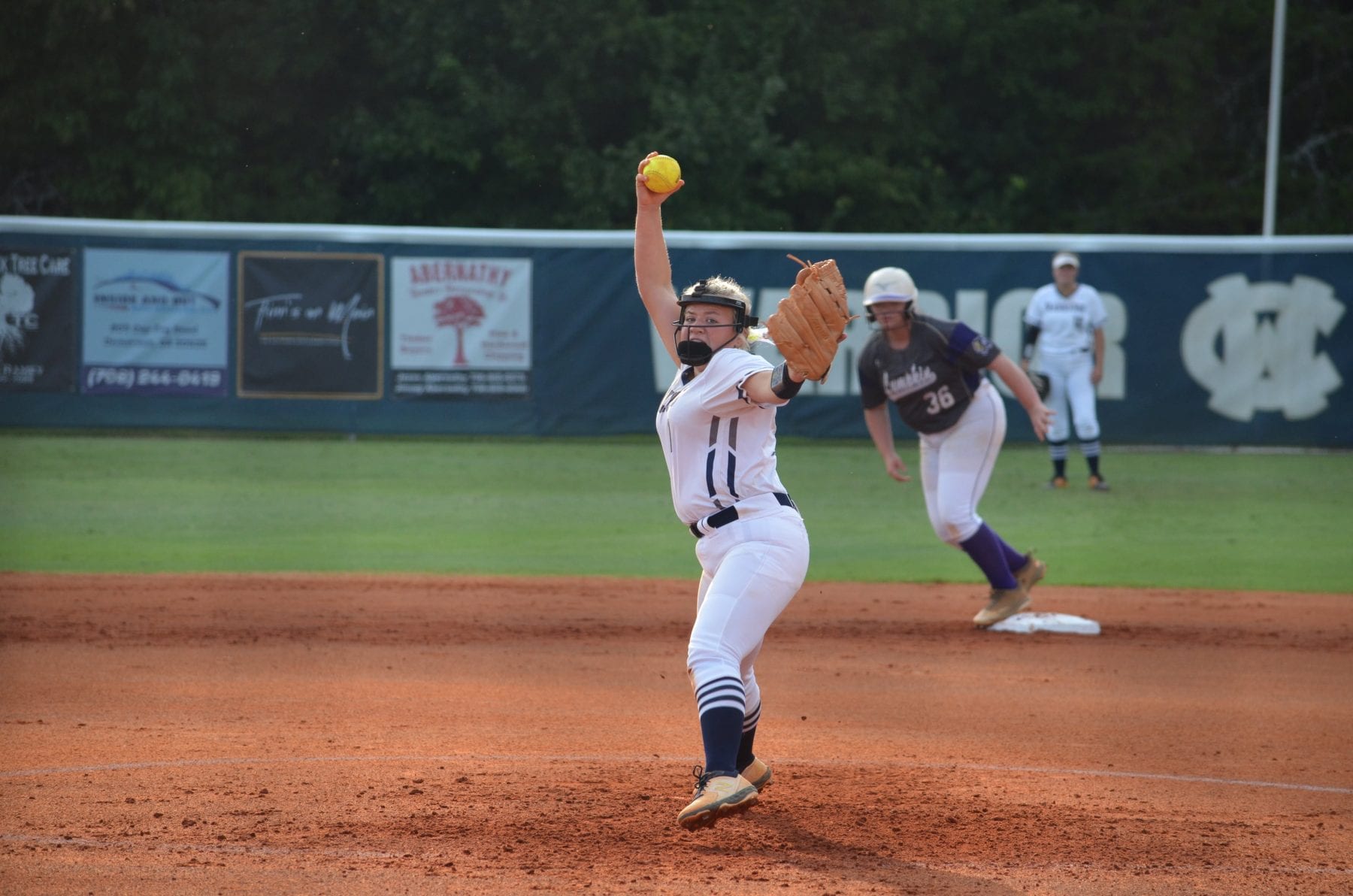 The White Co. Lady Warriors were defeated by the Lumpkin Co. Lady Indians 6-3 in Cleveland on Wednesday night. Down 3-2 in the bottom of the 7th inning, #2 Rachel Carter drove a run in to tie the game at three and force extra innings. 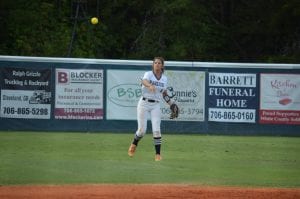 #4 Caitlyn Gailey throwing the ball to the infield.

The Lady Warriors’ next game will be Monday as they host Gilmer high school at 6 p.m.