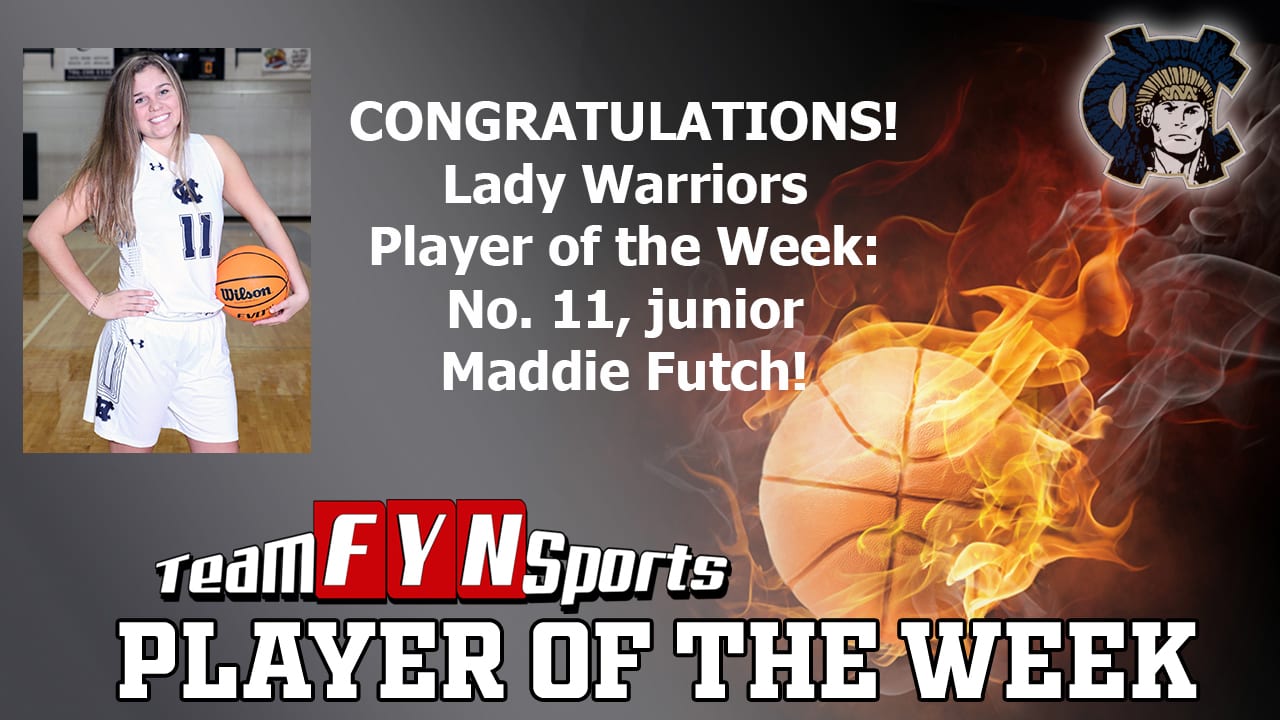 Maddie Futch is the TeamFYNSports Writer’s Player of the Week for the Lady Warriors!

Futch, a junior, led White Co. (3-5, 1-1 Region 7-AAAA) to the first region win of the season Tuesday, Dec. 3, against Blessed Trinity in Cleveland.

Futch scored 11 points, pulled down four rebounds, added an assist, a steal, and a taken charge in the Lady Warriors’ 53-38 victory.

For her efforts, Maddie Futch is the TeamFYNSports Writer’s Player of the Week for the Lady Warriors!