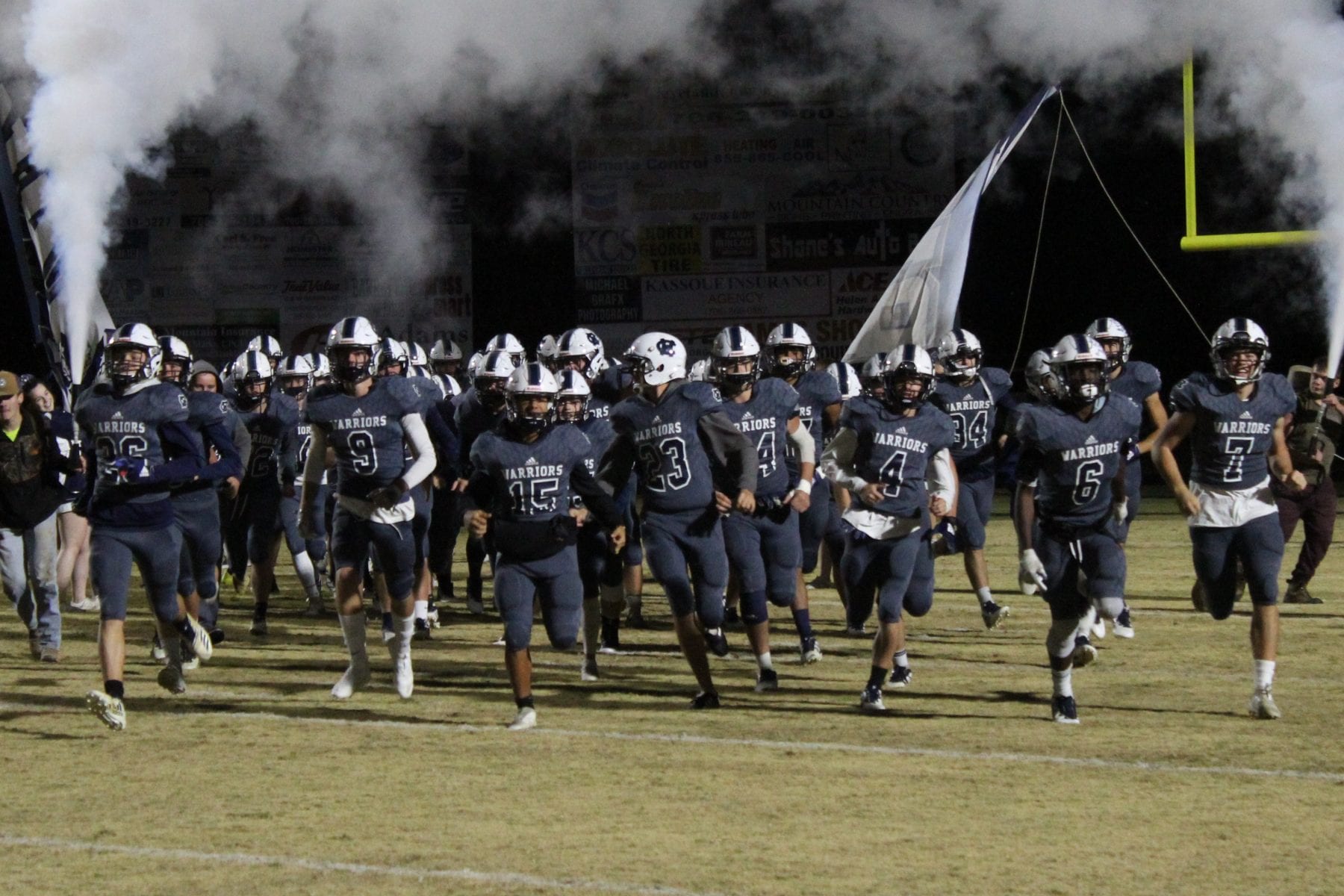 The White County Warriors end their season with a 35-6 loss at home against the Blessed Trinity Titans. 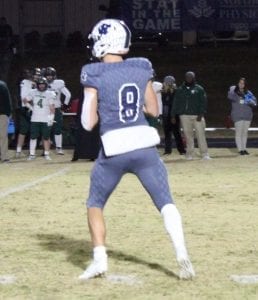 J. Ben Haynes in the pocket.

The White County Warriors started the game hot against their region rivals. They were playing with a bunch of heart early in the game on both sides of the ball. After turning the ball over on downs, the White County defense stepped up and forced a 3 & out. Later on, Andrew Pierce kicked a 25 yard field goal to give the Warriors a 3-0 lead early in the 1st quarter.

However, Blessed Trinity is one of the best teams in the state for a reason. They immediately fired back with a 61 yard rushing touchdown to retake the lead. The 1st quarter would end with the Titans leading 7-3. The second quarter was very close as well. The Titans and Warriors played very close, as neither team was willing to give an inch. The Titans drove down field on a long drive that resulted in a two yard rushing touchdown.

For the Warriors, J. Ben Haynes was making plays on his feet and through the air. Meanwhile, Cooper Turner and Will Sampson both gained significant yards with a couple of catches each and Zion McMullen and Riley Stancil were also both running the ball well. However, the Warriors could not convert their effort to touchdowns, as they had to settle for another field goal from Pierce as the 1st half ended with White County losing 14-6.

The Titans showed why they were the defending state champions in the second half. 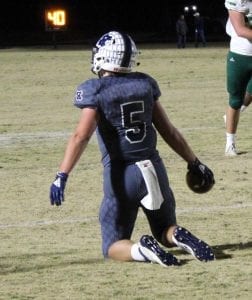 Cooper Turner comes up with the ball after diving for a catch.

Blessed Trinity recuperated, and they came out of the locker room on fire. They didn’t take long to once again rush in for another touchdown. Meanwhile on defense, they began to put Haynes under significant pressure, causing the Warrior offense to struggle. The only player who was able to continuously keep the Titans on edge was Cooper Turner. Turner made a couple of big catches in the second half, and came close a couple of times to breaking loose and scoring.

Blessed Trinity would score two more times as the game winded down, winning the game 35-6. However, the Warriors should not be disappointed in the loss. They played with a lot of heart against a team has won the state championship two years in a row.

For the Warriors, the season is officially over.

White County will finish their season 5-5. After only winning three games last season, many people around the county were somewhat skeptical coming into the season. However, the Warriors consistently found ways to keep fighting and played even the toughest teams close. They had the win against Pickens County that will not be forgotten for years to come, while also picking up wins over key rivals Lumpkin and North Hall. With the GHSA reclassifying regions starting in 2020, it will be interesting to see how it affects the Warriors for years to come.