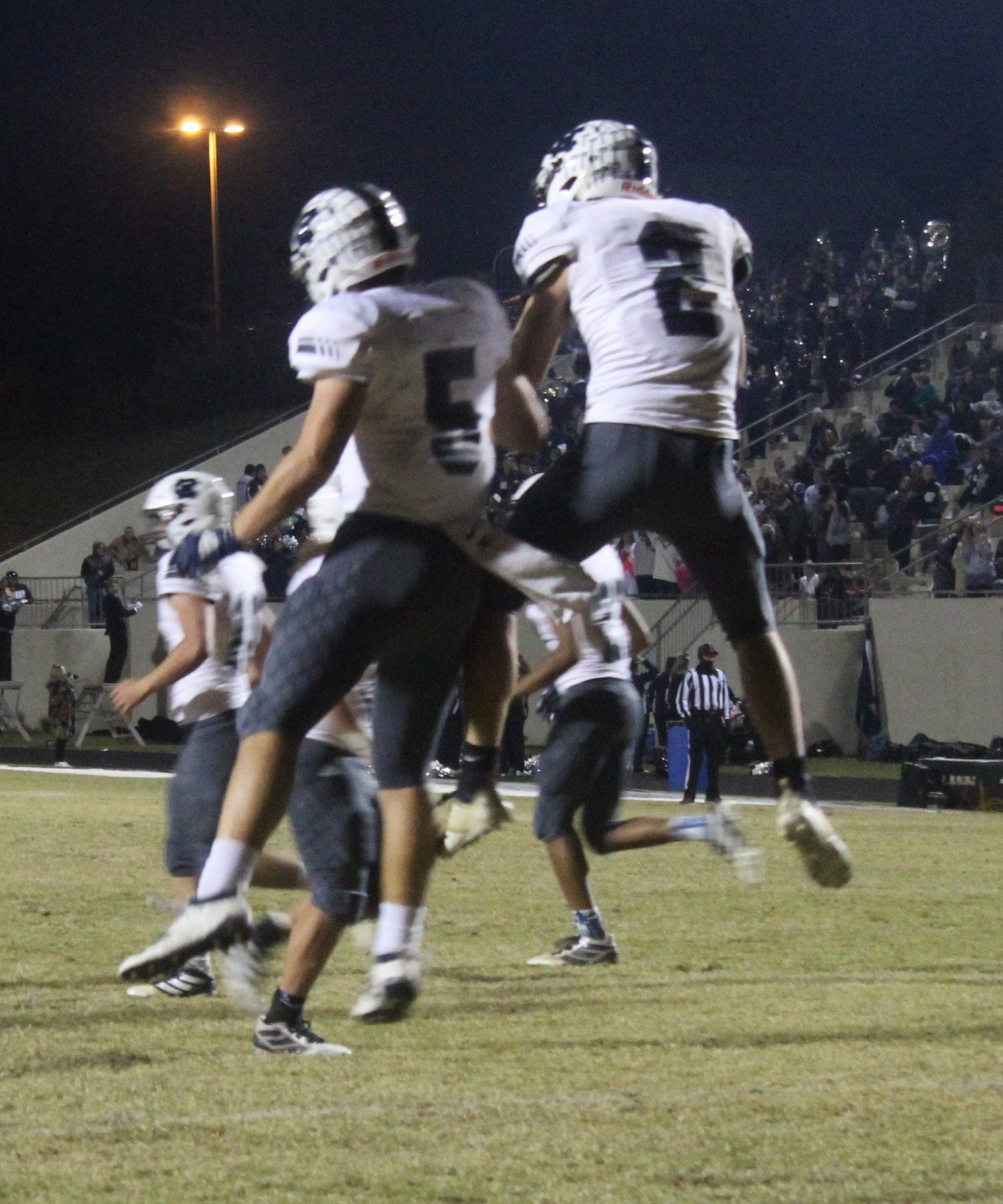 On a chilly night, the White County Warriors defeated the Chestatee War Eagles 34-14.

It was a slow start f0r both teams early on, as the game began with two straight three and outs. White County began to drive down field on offense, and were gaining momentum. However, their momentum was halted after they fumbled the ball in Chestatee territory. Chestatee continued to struggle on offense, as quarterback Christian Charles was having to make plays on his feet all night long. 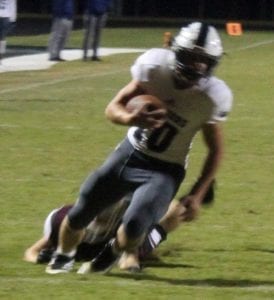 The rushing attack for the Warriors was strong throughout the night. Haynes continued to scramble for positive yards as per usual, while Riley Stancil was also making big plays. Stancil scored a 7 yard rushing TD to give the Warriors a 7 point lead. Afterwards, the defense came up big as Reece Dockery had an interception to give the Warriors the ball back. Haynes lead the team downfield, but the offense was not able to score and had to punt. Chestatee once again turned over the ball as Jesse Moose forced a fumble. The Warriors drove downfield, and scored as J. Ben once again rushed in for a TD.

After another Chestatee punt, White County had another chance to score before the end of the 1st half. After an impressive one handed catch from Cooper Turner on a tipped pass, the Warriors had the ball on the goal line with under a minute remaining. However, Haynes threw an interception, ironically to Christian Charles, Chestatee’s quarterback who was playing defensive back as well. The first half ended with the Warriors leading 21-7.

The game was evenly matched in the second half, as the Warriors began to run down the clock.

On White County’s first offensive drive of the half, they once again made their way downfield. The drive ended with Haynes completing a pass to Stancil for a touchdown, improving the lead to 21. However, Chestatee fired back as Charles once again was making big plays on his feet, carving his way through the White County defense, and finally scored to make the score 28-14.

Both teams began to tread water as the game continued. Haynes fumble the ball on a drive midway through the 3rd quarter, and the offense never really made progress again until late. Meanwhile, the Warrior defense played great for the majority of the night, and they were at their best as the game continued. They eliminated any threat of a pass all night long, as they had their best passing defense game of the year. Also, Chestatee were not helping their chances with plenty of unnecessary penalties throughout the game. 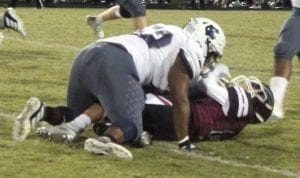 The Warriors pulled out the victory, and still have hope for the playoffs.

The game ended after Haynes once again scored for a rushing touchdown late. With the 34-14 victory, White County still has a chance to make the playoffs. However, they must defeat the Blessed Trinity Titans next Friday. This will be a tall task, as the Titans are one of the best teams in the state. They will be coming into next week’s game after defeating Marist 33-30 earlier tonight.