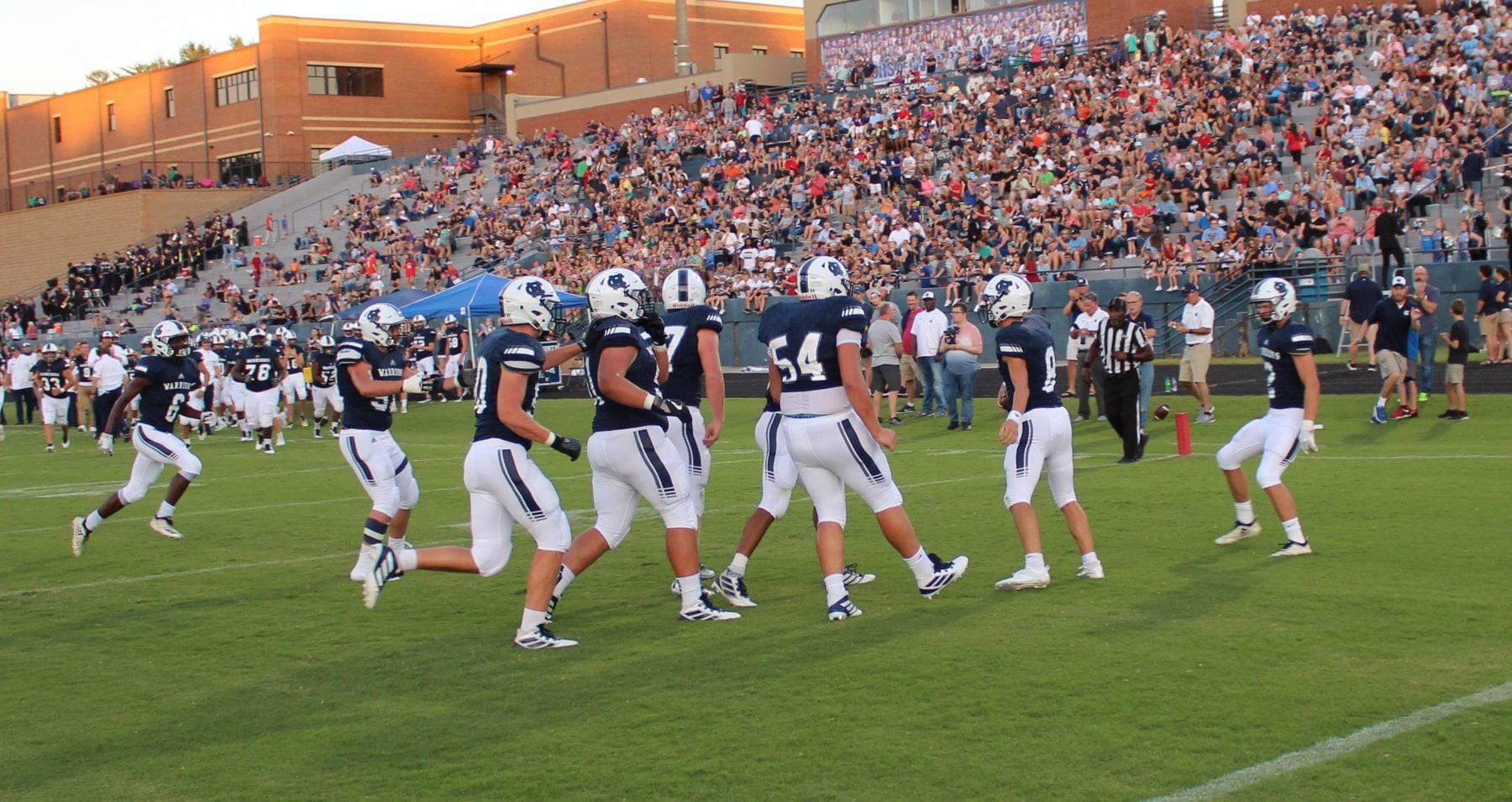 For the third year in a row, the Warriors open up their season with a win over Lumpkin County.

Tonight is a great night to be a fan of the White County Warriors. The Warriors defeated their rivals, The Lumpkin County Indians, in a blowout by the score of 49-6.

There was never a moment of doubt that it would be a White County victory. Lumpkin had the ball first, and in what would be a recurring theme for both teams, QB Tucker Kirk would fumble the ball a couple plays in, and White County junior Heaven Gholston recovered. Zion McMullen would score his first of three touchdowns on the drive, giving the Warriors the lead.

Two weeks ago, the Warriors struggled in a scrimmage against Stephens County. Tonight, those struggles were in the rear-view mirror.

Throughout the game, the White County offense was too much for the Indians to handle. QB J. Ben Haynes had two rushing touchdowns to add on to Zion’s three touchdowns. One reason for this was the much improved offensive line. There were very few moments throughout the game in which Haynes was under pressure. His passing was much improved, and Warrior fans got to see his talent on full display. 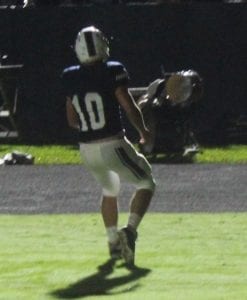 White County’s Riley Stancil in the end zone after scoring his first touchdown at the varsity level.

Also, White County’s defense completely shut down Lumpkin County’s rushing attack. The defense had multiple tackles for loss throughout the night, along with a couple of forced fumbles. Coming into the season, lots of questions were being asked about the defense. Many of our best players from last year’s defense graduated, and many fans were nervous about what to expect from the defense. Tonight, they were able to completely shut down Lumpkin’s biggest strength, leaving them reeling all game long.

At the end of the first half, White County had a 31-0 lead. Zion would score his final touchdown on the first drive of the half, but the suffering wasn’t over for Lumpkin. On their next offensive, a high snap would result in the Warriors scoring a safety, as they extended their lead to 40-0. At this point, it was smart for Coach Cokely to put in his 2nd string players. They would continue to torture the Lumpkin County defense throughout the 2nd half, including backup QB Riley Stancil scored his first ever touchdown at the varsity level late in the 4th quarter.

There is still room to improve for the Warriors.

There are some slight future concerns for White County. Just like last season, the passing defense left a lot to be desired. Lumpkin County is not historically known as a team to pass the ball for lots of yards every game. However, there was multiple occasions where they gained ten or more yards on pass plays, a couple of those being a third down. As a matter of fact, the one touchdown that Lumpkin scored was through the air, attacking White County’s biggest defensive weakness. A team that specializes in passing the ball could cause real concerns for the Warriors if they don’t fix these issues.  Also, the Warriors had an abundance of penalties called against them, many of them holding calls. 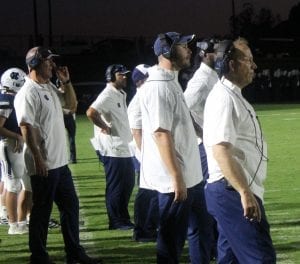 The Warriors are now 1-0 on the season, and they play against another rival next week. They will be on the road to play against the Habersham Central Raiders. Even though White County dominated tonight, they will need to continue to improve if they want to have the same success throughout the season.