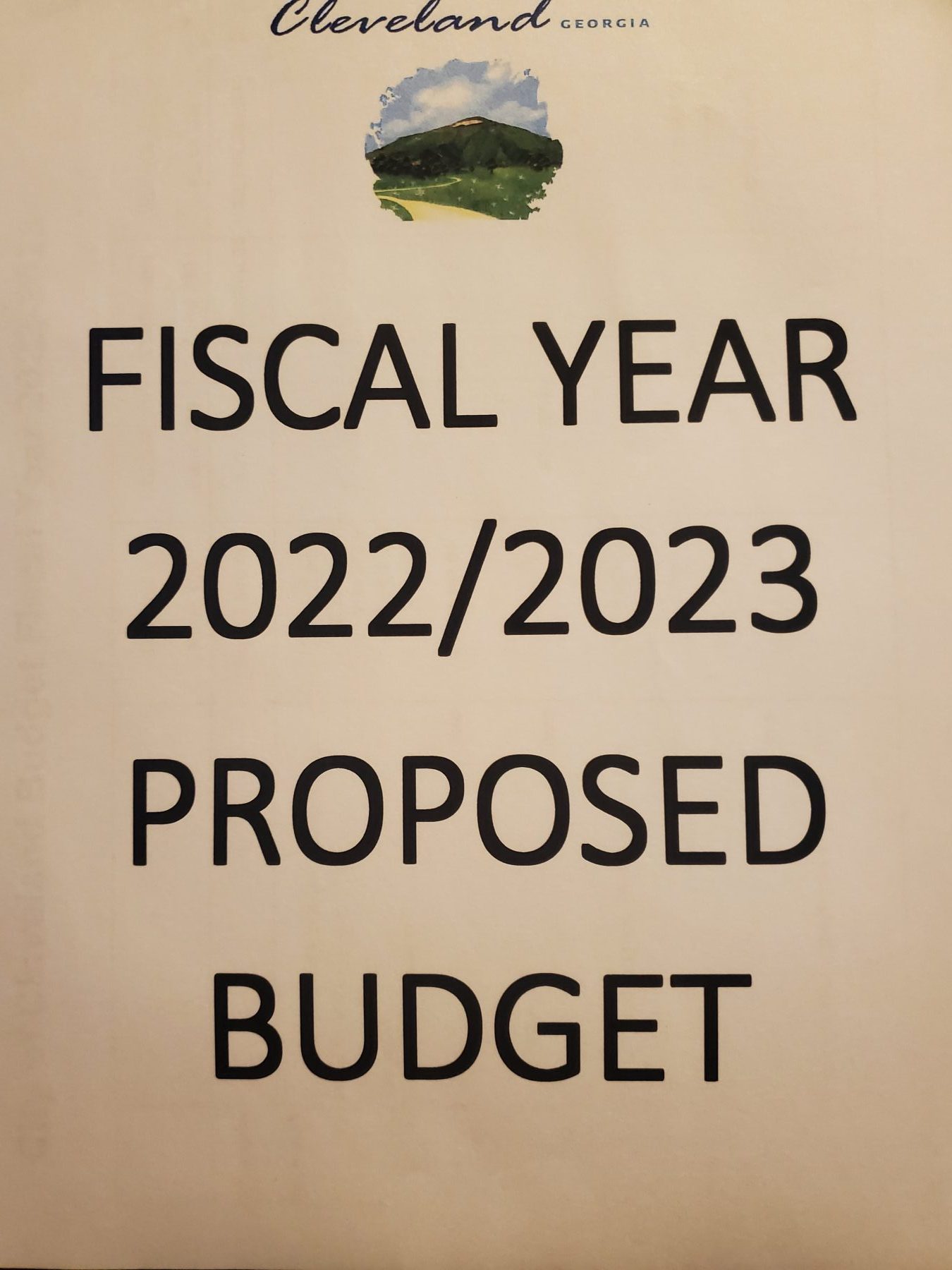 Harris presented the council with a detailed report of the city’s projected revenues and expenses, including each department’s individual budget. The general fund revenues and expenditures are estimated to be $4,145,545.00. The budget for the fiscal year 2021/2022 was $3,850,360.00, a 7.67% increase in the budget. 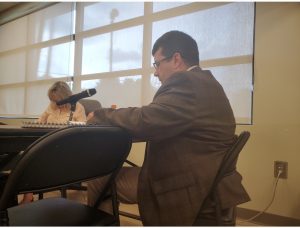 City Administrator Kevin Harris while presenting the budget proposal to the council.

The Capital Projects SPLOST revenue and expenditures are $1,101,000.00. The budget for last fiscal year was $951,000.00, there is a $250,000.00 or 26.29% increase this fiscal year. To view the full breakdown of the fiscal year 2021/22 budget please visit https://www.cityofclevelandga.org/government/audits_and_budgets.php. There will be another opportunity for the public to hear the information about the proposed budget, Monday, Jun. 13 during the City Council meeting.

The council was also presented with the Water Authority’s annual budget for their approval at the meeting. They approved it and it will now go back to Water Authority Director Edwin Nix. Nix presented his request to enter into an expense-sharing contract as well as other water authority items to the council at the May 9 council meeting. To review that meeting visit https://white.fetchyournews.com/2022/05/10/council-denies-rezoning-request/.

The Historic Society also informed the council that on Thursday, Jun. 9 Cleveland has a resident turning 100 years old. The resident is Ruth Lancaster. They also reminded the council that 72 years ago the movie I’d Climb the Highest Mountain began filming in Cleveland. The film included 150 children and 200 adults from the area as extras in the film. This is the trailer for the film that was released in 1951 http://https://www.youtube.com/watch?v=-zwMDyoFaQg.