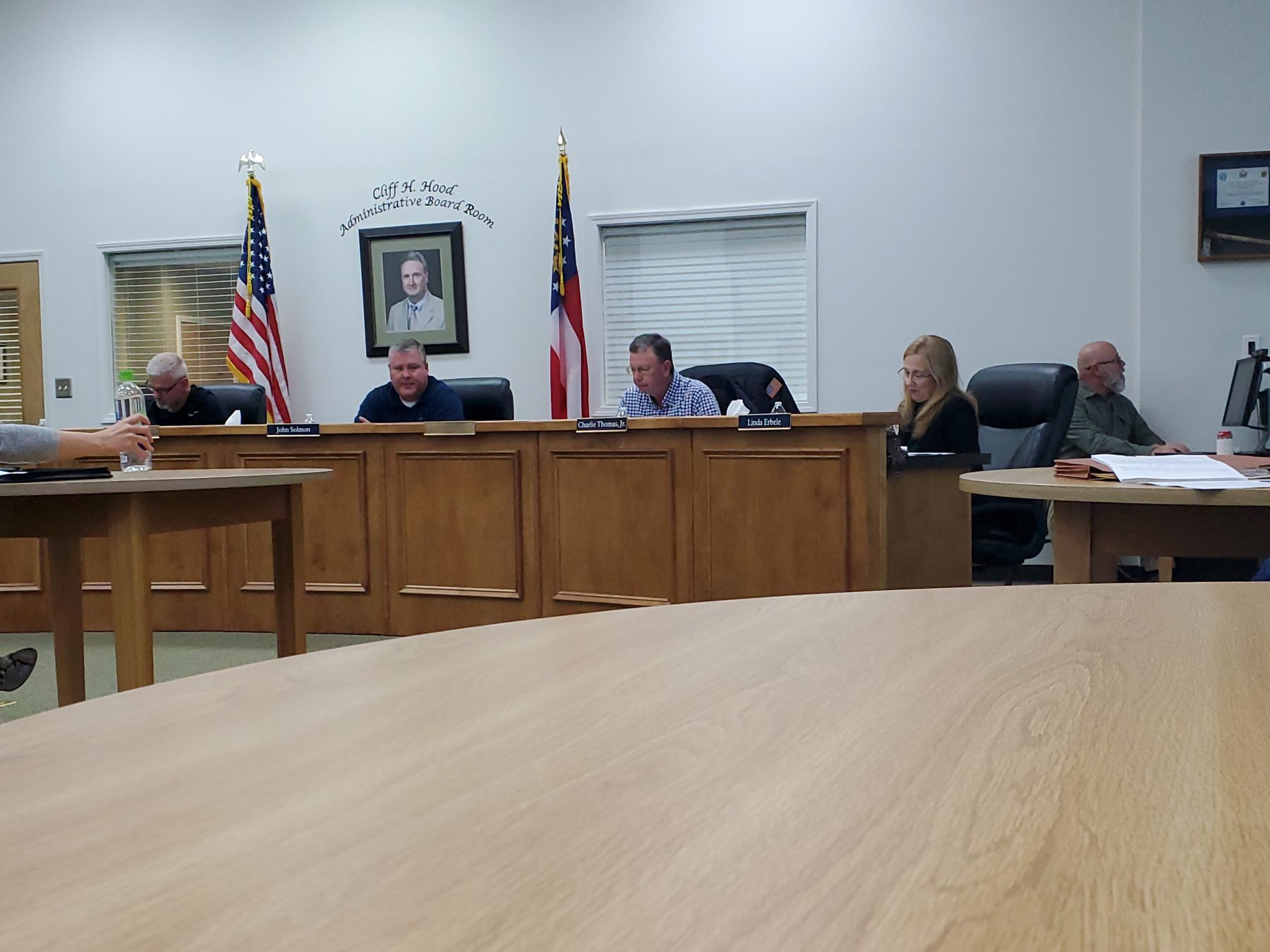 WHITE COUNTY, Ga. – The Board of Education voted to approve the new turf for the football field and the timeline for work to begin at their meeting on Oct. 28.

The Board also approved the ESPLOST request for October, the dispositions for all schools and the August and September financial reports.

Rod Nix from Charles Black construction gave the board two possible timelines for the new turf for the football field at their work session on Tuesday, Oct. 26. To view what both plans were as well as the other construction plans to come in the future visit https://white.fetchyournews.com/2021/10/26/board-of-education-reviews-construction-plans/

The board went with option 1 for the project. The demolition of the current field will begin on Feb. 28. The new turf will begin to go in on April 25, with projected completion on May 13. The price for the new turf field is $950,000.

It will last about 10 to 12 years before it needs replacement. When that time comes, the system will not have to pay the full cost due to the infrastructure already being in place. There are also possible revenues options that can be pursued at that time for the used turf. It will also save on the cost of yearly maintenance of the field.

“Everyone coming to the county is paying for the bill instead of the property owners, basically we are saving the property tax owners money by putting this in,” explained Boardmember John Solmon.

The board also approved the ESPLOST request for October. The request was for $295,890.00. This is broken down between the WCHS Theater Department, the Athletics Department, the Technology Department and Student Services.

Another item that the board approved was the dispositions from each school. Jack P. Nix Elementary school is getting rid of IPads from 2012, Apple Computers from 2008 and Printers from 2013. Mossy Creek Elementary is losing some MACs they’ve had since 2008.

Mt. Yonah Elementary is also disposing of old IPads. Tesentee Gap Elementary has some computers they’ve had since 2011 that need to be disposed of.

The High school and Middle school are both disposing of Chromebooks. All items have been replaced or are currently being replaced in the schools.

Julie Dorsey, the Finance Director, presented the August and September financial reports. The board then approved both reports unanimously. 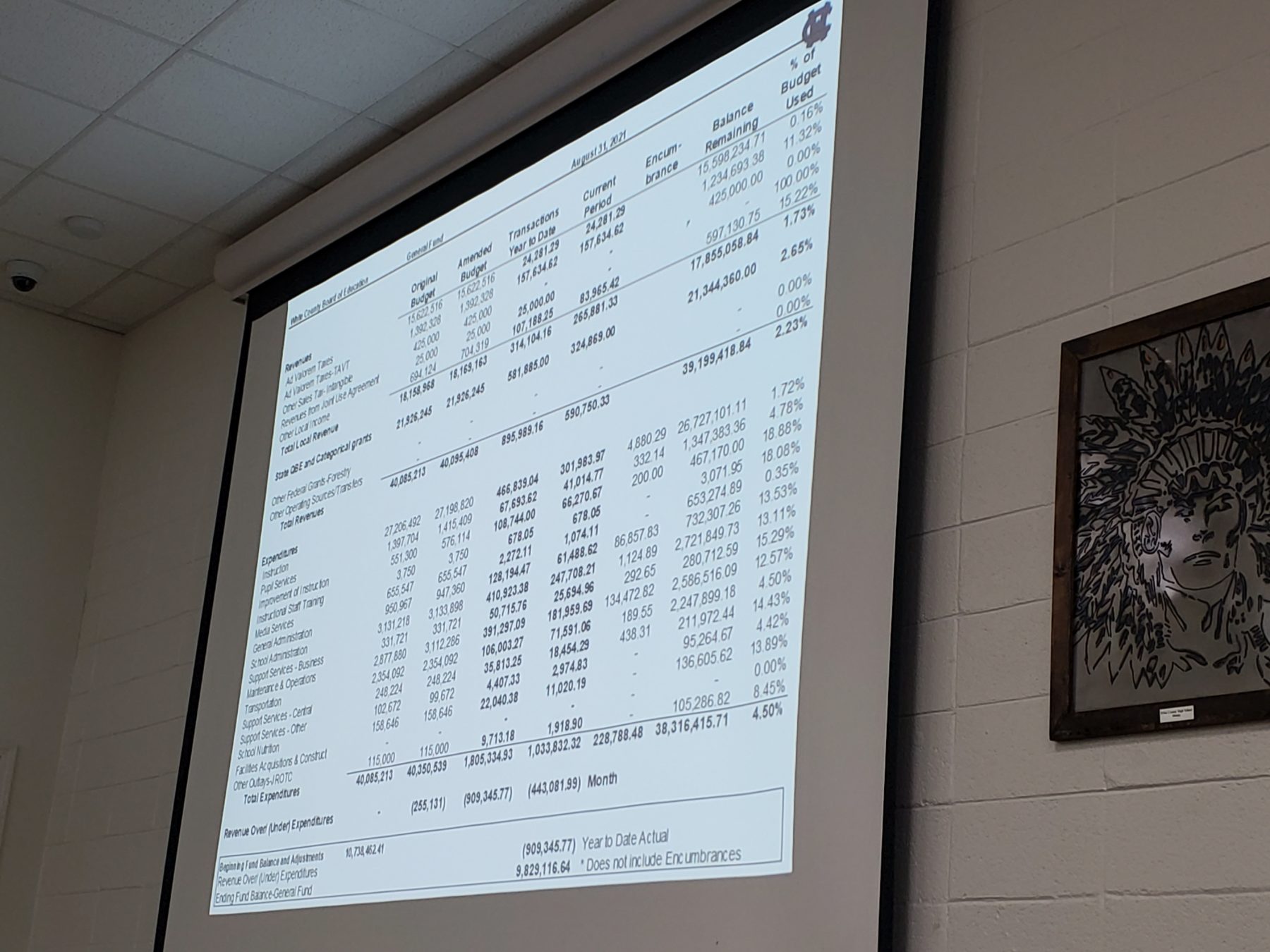 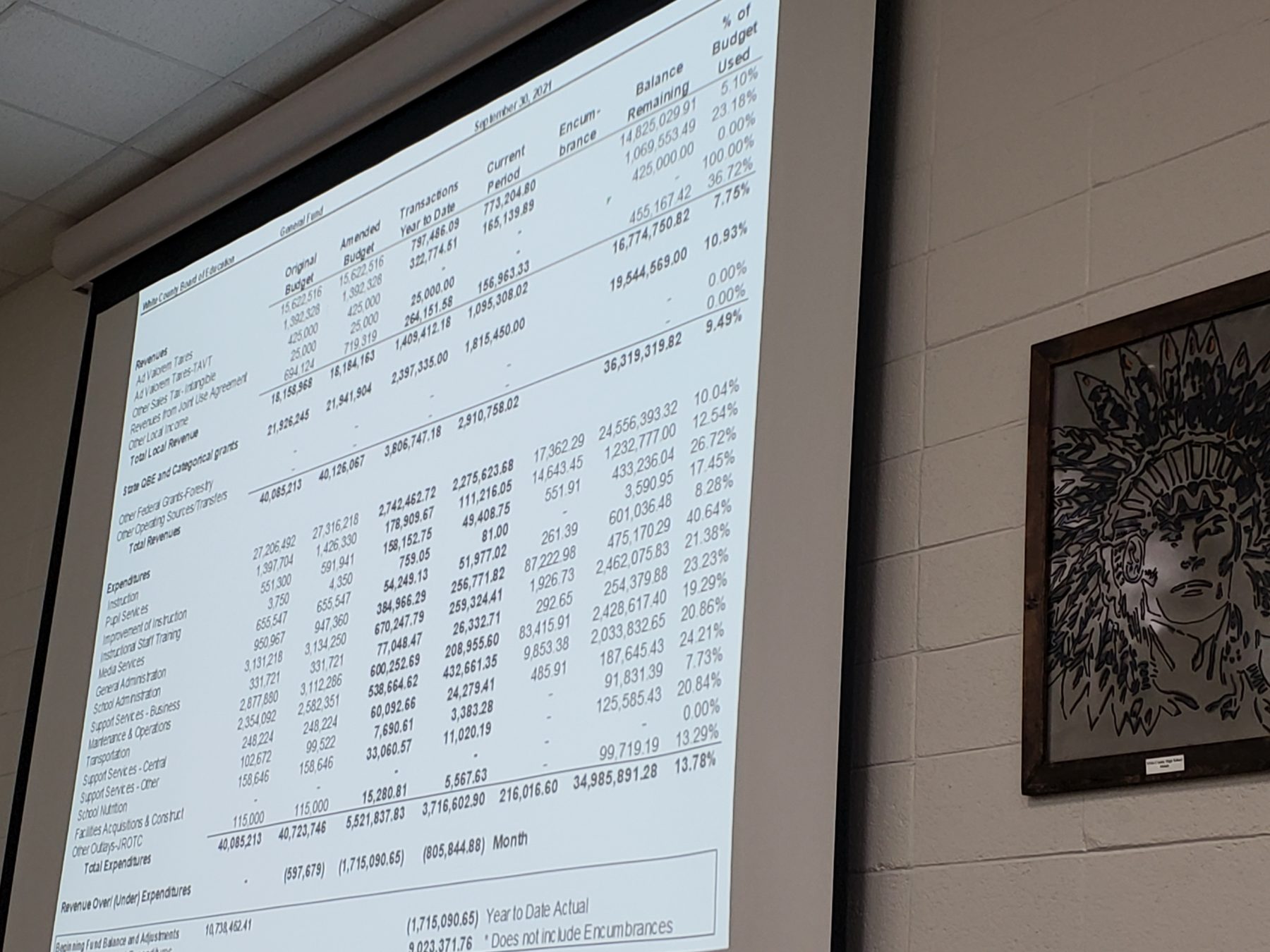 ” The chart is a little skewed in August and as we get to September you’ll see it start to rotate a little more to the norm, it’s because of the payroll accruals for salary and benefits were still in play in the month of August,” Dorsey elaborated.

Superintendent Dr. Laurie Burkett also recognized Stephanie Hill of White County News for her work with the board. Hill is departing from White County News and there will be a new representative that covers the news at the Board of Education. 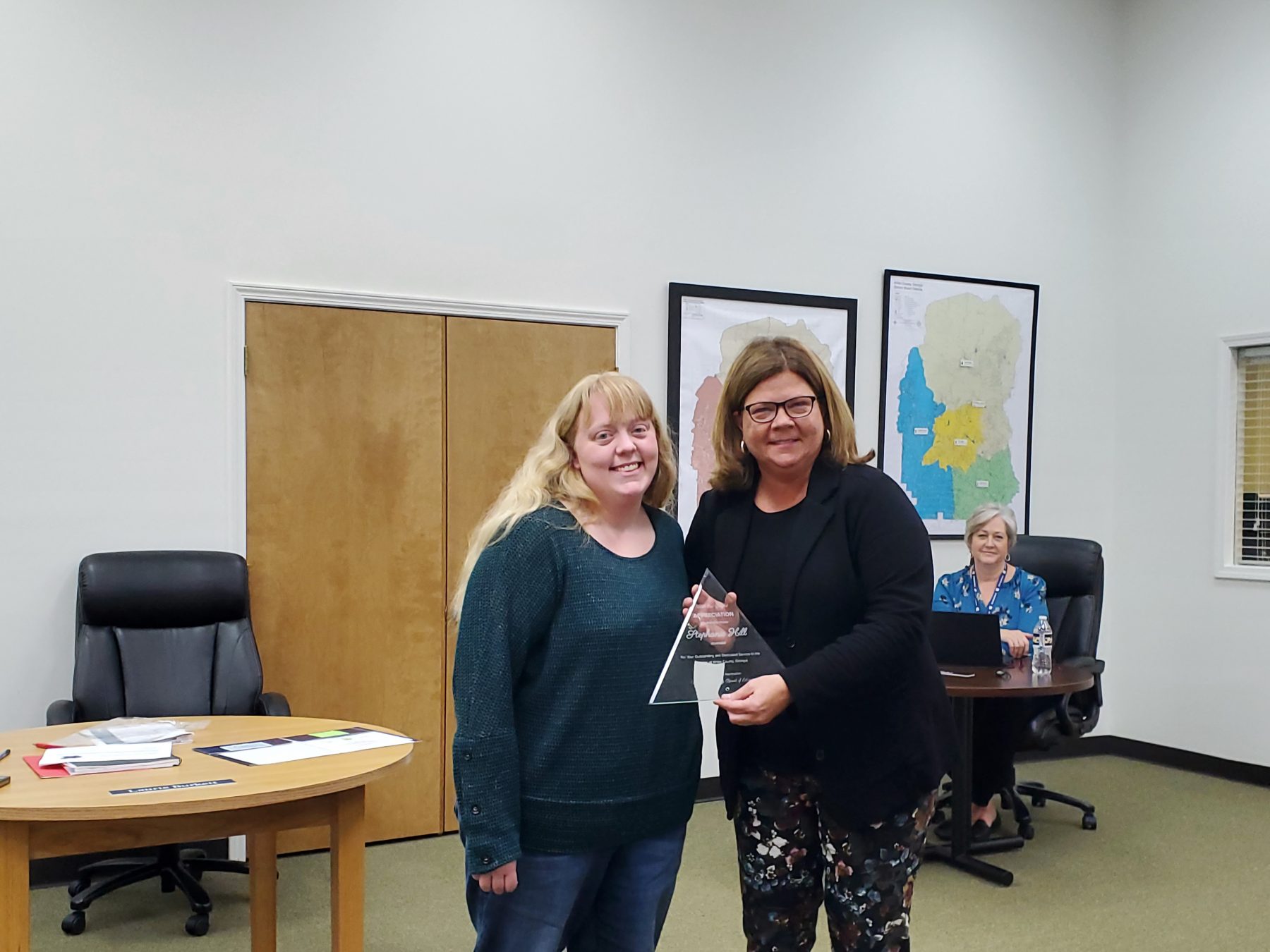 Stephanie Hill (left) and Dr. Laurie Burkett (right) when Hill was being recognized.