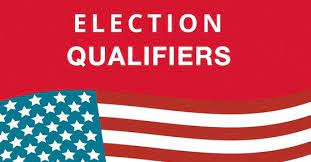 The Ward 3 seat held by Kevin Stanley and Ward 4 seat held by Bradley Green are up for election. Green has said he will run for reelection and CJ McDonald has announced he will challenge for that seat. Stanley has not announced his plans yet.

The elections are at-large, meaning candidates are all in the same race and the top three vote getters are elected.

Incumbents Lee Landress and Steve Fowler will run for reelection. Geneva Elwell will not.