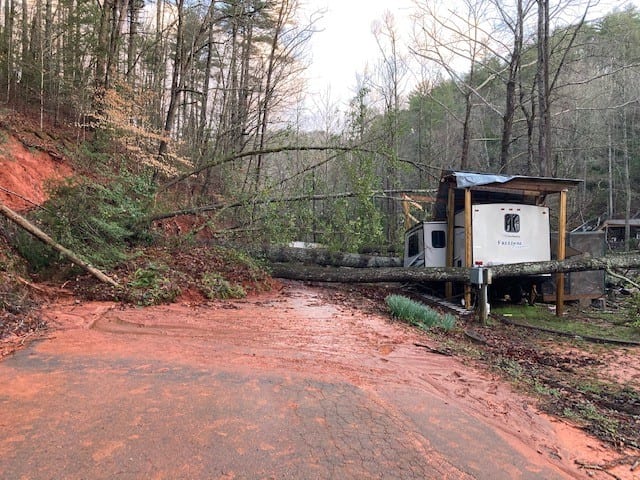 WHITE COUNTY, Ga. — White County officials were busy Thursday evening into Friday responding to various weather related events. The incidents resulted mostly due to the heavy rain received in short period of time across most of White County.

Flash flooding caused flooded roadways, landslides and prompted calls for assistance near streams and the river due to high water.  Units spent most of the evening and early morning hours responding to power lines down, trees down, roadway blocked, cabins and vehicles flooded and gas leaks due to overturned propane tanks.   These events were widespread, and clean up continues throughout today in most areas.

Thankfully no injuries or fatalities were reported.  Damage assessments in all jurisdictions are underway as we have reports of culverts, roadways and infrastructure damaged in the flood. 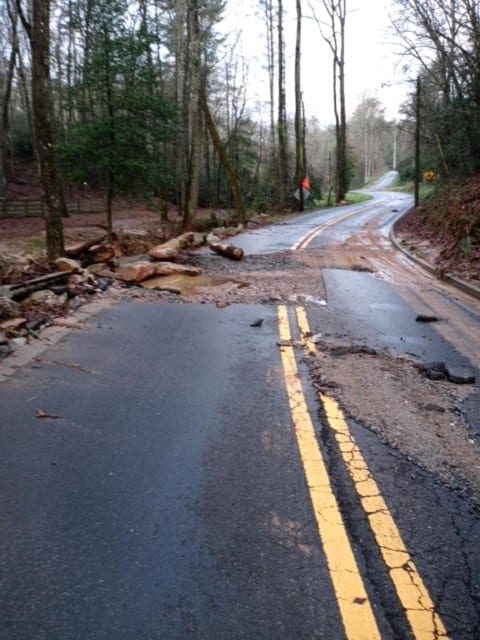