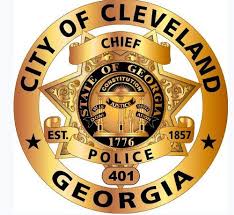 On Jan. 20, at approximately 6 a.m. officers with the Cleveland Police Department responded to a robbery at the Knights Inn located at 244 South Main Street, Cleveland.

Upon arrival officers learned that Jessica Neal and Dustin Wacaster of Gainesville, had been in a motel room with James Grant and then another unknown suspect came to the room to pick up Neal and Wacaster. Upon the arrival of the third person, all of the person’ s and Grant got into an argument and then an altercation. During the altercation, Grant was robbed of his money, car keys, and wallet.

The people all left the motel with Mr. Grant’ s items. A subsequent investigation found that the other person involved in the Robbery was John Flanagan IV of Dahlonega. After interviews were completed it was found that all of the suspects were involved in the taking of Grant’ s belongings and all were arrested or warrants were obtained, for robbery and theft by taking.
1