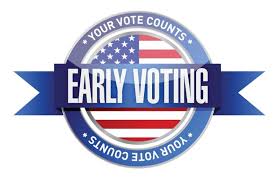 As of last Wednesday, when the Elections Office closed for the Christmas Holiday, 4,150 votes had been cast, representing about 19 percent of the county’s 21,898 registered voters.

According to the Georgia Votes website, approximately two million people have cast early ballots in Georgia. The election will determine which political party will holds the majority in the Senate during the first two years of President Joe Biden’s administration.

To flip control, the Democrats must win both races. If Democrat Jon Ossoff defeats incumbent Sen. David Perdue and Rev. Raphael Warnock defeats Kelly Loeffler, the Senate will be split 50-50 and Vice President Kamala Harris would be cast a tie-breaking vote.