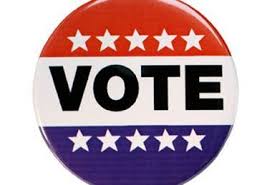 WHITE COUNTY, Ga. – The county elections office reported today (Dec. 15) that 650 in-person votes were cast on the first day of advance voting in the General Election Runoff for state and federal offices.

Voters tend to turn out in lower numbers for runoff elections but, according Elections Superintendent Lisa Manning, 650 people voted Monday, compared to the first day of the November general primary when 630 voted.

The Senate races between incumbent Kelly Loeffler (R-Ga.) and Democrat Rev. Ralph Warnock and Sen. David Perdue (R-Ga.) and Jon Ossoff have major national as well as statewide importance. Republicans must win at least one of the races to maintain a majority in the U.S. Senate.

Just how important the races are can be gauged by the amount of money, particularly outside-the-state money, the candidates have collected. One recent report shows that the four candidates have spent in excess of $400 million on advertising so far. Estimates indicate more than 90 percent of the donations have come from outside Georgia.

Advance voting will continue for three weeks. All advance voting takes place at the elections office, Elections Office 1241 Helen Hwy. Suite 210-A. Election Day is Jan. 5 when all precincts will be open from 7a.m. until 7 p.m.