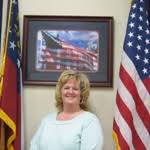 WHITE COUNTY, Ga. — Voting problems that were reported in Fulton and DeKalb counties last week did not materialize in many rural north Georgia counties.

In Dawson, White, Lumpkin and Habersham counties, voting went smoothly. Gilmer County did experience an internet issue that caused a 30-minute delay in opening. But the problem was corrected and the precincts remained open an additional 30 minutes until 7:30 p.m.

White County Voting Registrar Lisa Manning said, “We had a couple of hiccups, but no major problems. We got people through without a lot of waiting. From talking to our poll workers, the voters seemed happy with the new voting machines.”

More than 8,769 ballots were cast in White County, or about 43 percent of the active registered voters. Just under 5,000 of those were absentee ballots.