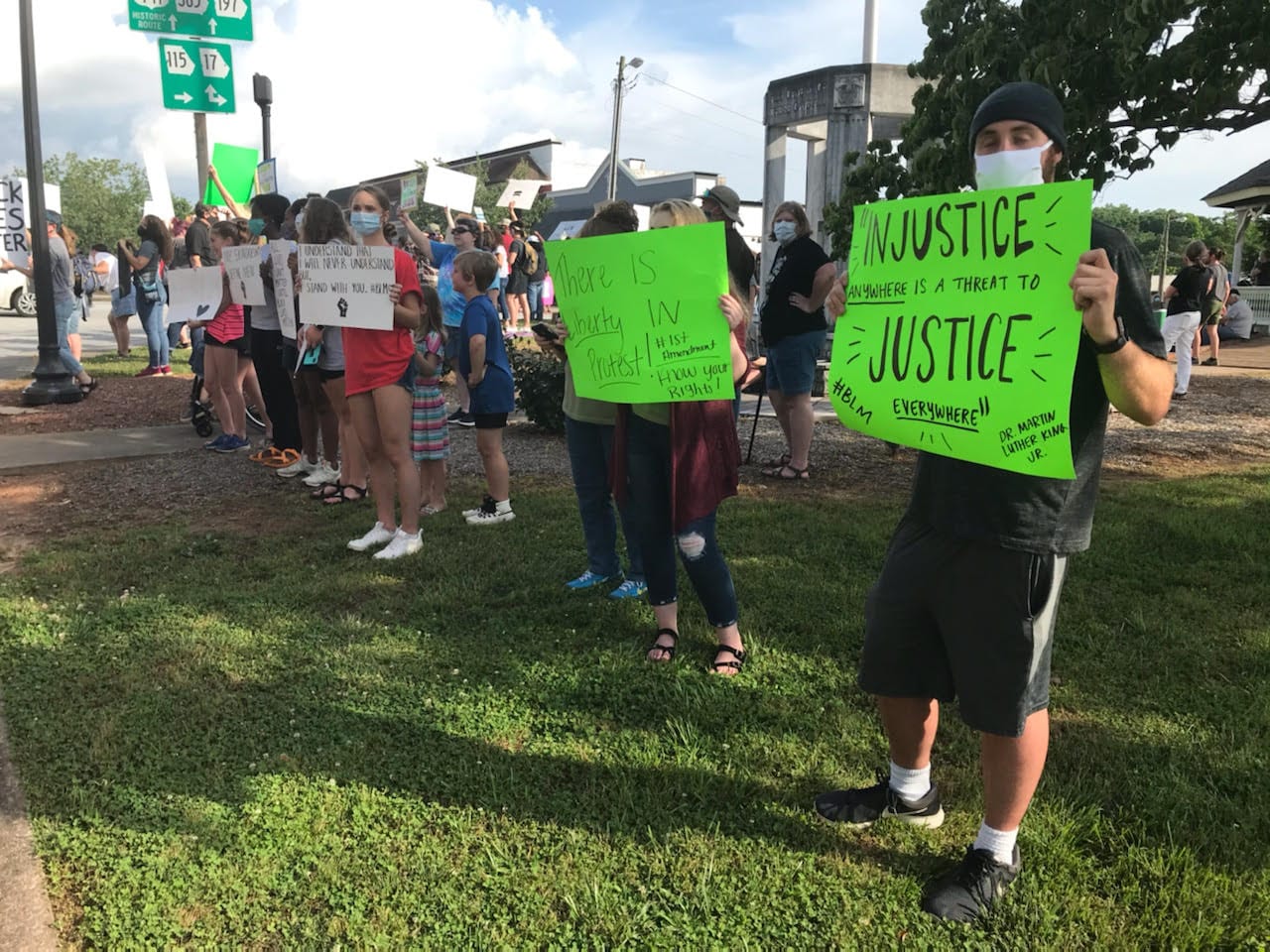 CLARKESVILLE, Ga. – Hundreds of people gathered in north Georgia mountain communities over the weekend to protest racism and the death of George Floyd at the hands of a Minnesota law enforcement officer last month.

Here in Clarkesville, between 200 and 300 people wearing “Black Lives Matter” and carrying “No Justice No Peace” and “Racism is a Pandemic” signs gathered on the City Square. The event was peaceful, in stark contrast to Atlanta and other major cities where businesses were looted and buildings burned. 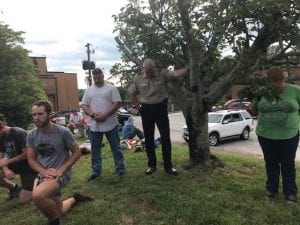 There were no angry counter protests, no shouted insults and virtually no visible police presence. Habersham County Sheriff Joey Terrell was on the square with the protesters and was asked to speak.

“The incident with George Floyd was more than a tragedy,” he said. The crowd applauded when he added, “If we will do unto others as we will have them do unto us we will have peace.” The sheriff bowed respectfully when Shady Grove Missionary Baptist Church Youth Pastor Portia Burns called for 8 minutes and 46 seconds of silence in remembrance of Floyd. It was symbolic of the time that a police officer knelt on George Floyd’s neck, killing him. 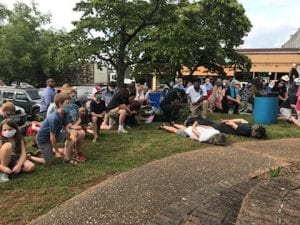 Bruner said, “This is not a black problem. This is an American problem.” The majority of the protesters were white and many were high school age or younger.Leslie Terrell, no relation to the sheriff, was one of the organizers. A teacher at Habersham Ninth Grade Academy, she spoke to Fetch Your News moments before the event officially began.

“We are peacefully protesting the racism that is rampant in the country,” she said. “We want to bring attention to that.” She called for police reform but acknowledged the officers in this community do “an excellent job” and that they were in support of the protest.