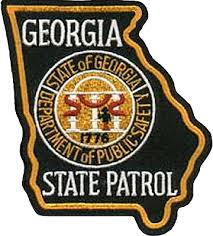 WHITE COUNTY, Ga. — Charges are pending against a Clermont woman after 10 people were injured in a three-vehicle accident on SR 11 Sunday.

According to a Georgia State Patrol report, Heather Morgan, 30, was following too closely and ran into 2004 Kia Sedona driven by Samantha Loggins of Sautee Nacoochee, causing it to crash into the rear of a 2006 Toyota Tundra driven by Gary Olsen, 53, of Cleveland, The Olsen vehicle was also stopped while attempting to make a left turn.

Morgan and four of her passengers, all juveniles, were transported to an area hospital. One was life-flighted.

Loggins, 32, suffered what was described as minor injuries. She and two of her passengers, both juveniles, were transported to an area hospital. One was life-flighted.

Olsen and his passenger Tamera Olsen, 55, both suffered minor injuries and were not transported to the hospital.