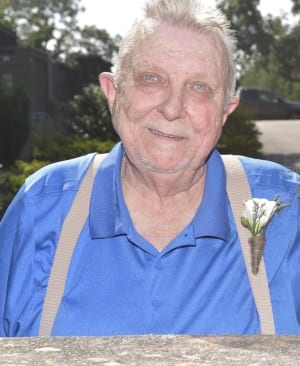 Cleveland Funeral Home and Cremation Services announces that David Johnson 70 of Cleveland passed away on February 2nd 2020. He was born on September 8th, 1949 in Dunlap, Tennessee to the late James Mitchell and Ethel Meyers Johnson.

After retiring as an Assembler for General Motors he moved to Cleveland where he opened up a shop at the Helen Flea Market. Mr. Johnson was a trickster at heart and his shop is where he sold a variety of gag gifts.

Among pulling pranks on his friends and family he enjoyed woodworking, his dog Bailey and most of all his grandchildren.

In addition to his parents he is preceded in death by his brother Leonard Johnson and his beloved dog Bailey.

The family will receive friends Saturday February 8th from 3-6pm at the Cleveland Funeral Home.

The family wishes to extend a special thanks to Hospice of Northeast Ga. Devra, Rebecca, and Tiffany.

Cleveland Funeral Home and Cremation Services is in charge of these arrangements.