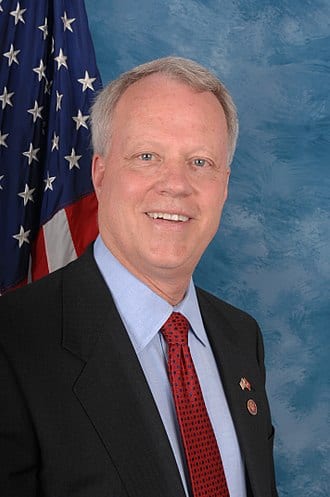 “I am officially announcing my candidacy for the U.S. Congress in the 9th District,” he said. “I look forward to taking very conservative Georgia 9th District values back to Washington as did previously.”

Broun, 73, is no stranger to Congress. He was first elected to serve the 10th Congressional District in a special election in 2007. After being re-elected in 2008, he served two more terms until 2014. In 2014, he ran for U.S. Senate to fill the seat of retiring Sen. Saxby Chambliss but was defeated in the Republican primary. Two years later, he was defeated by Doug Collins.

Broun said he is very concerned about the out-of-control spending in Washington. “Congress is spending money it does not have. We’re headed to an economic collapse if it does not stop.”

He also expressed concern about the attack on religious freedom and unborn children. “The very first bill I introduced when I was in Congress was my Sanctity of Human Life Act. When the people of the 9th District send me back to Washington, that is the first bill I will introduce when I get there.”

He grew up in Athens, Ga., where he attended Athens High School and graduated from the University of Georgia in 1967 with a B.S. in chemistry. In 1971, he received his M.D. from the Medical College of Georgia in Augusta. An internship at Good Samaritan Hospital in Portland, OR, and a residency at University Hospital in Birmingham, AL, followed.