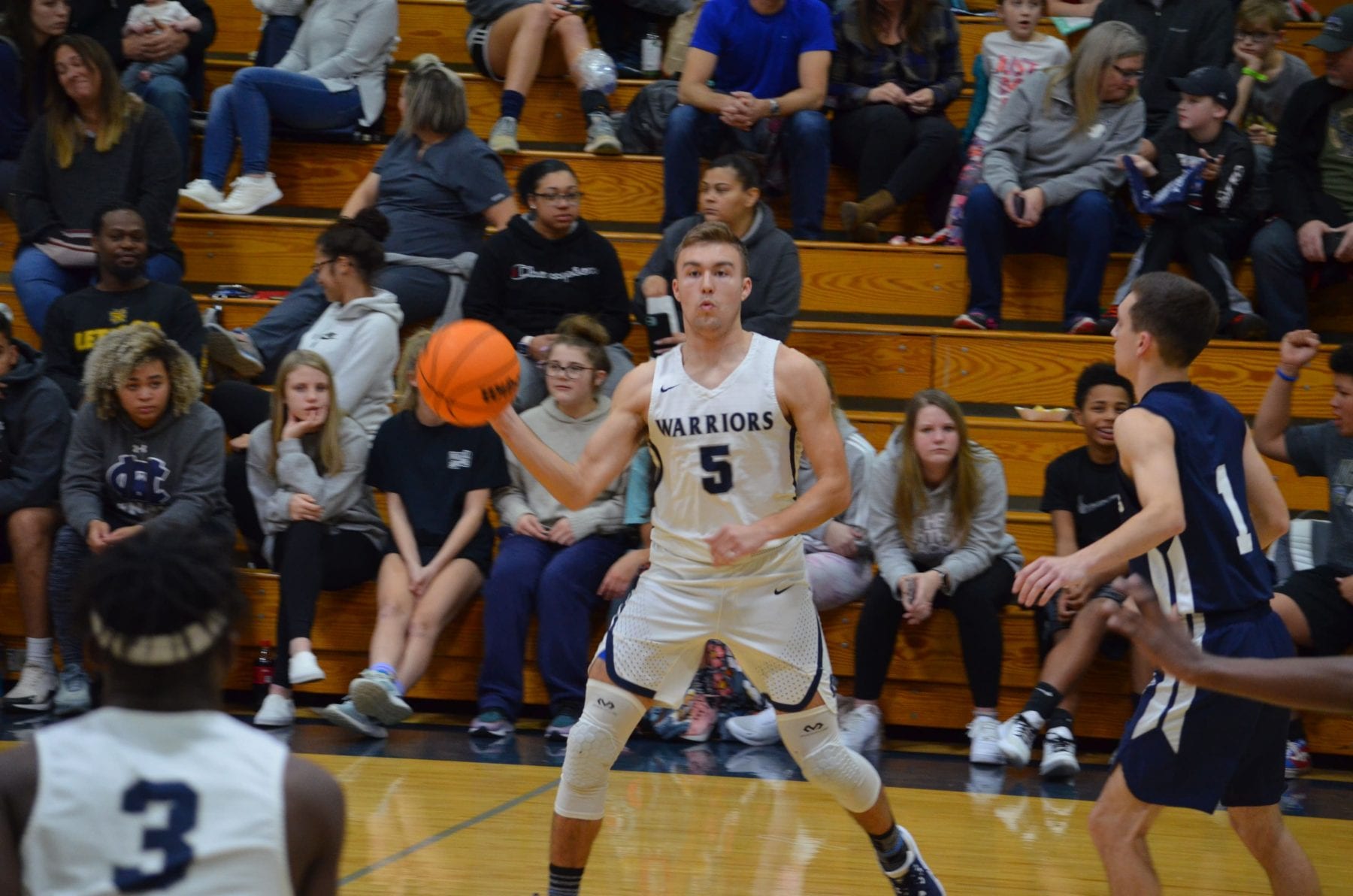 The White Co. Warriors defeated the visiting West Hall Spartans 55-44 on Friday Night. The Warriors sealed the win by scoring the final six points of the game. Silas Mulligan led the team in scoring with 16 points. Cooper Turner scored 14 points for the Warriors, and Jaden Yeh had 13 points. 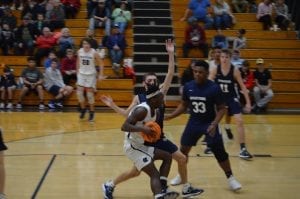 Silas Mulligan drives in the lane.

The Warriors jumped out to a quick lead early in the first quarter. They scored the first five points of the game, and led 12-2 early on. The score at the end of the quarter was 18-9.

The Spartans fought back in the second quarter. They used a 12-2 run of their own in the middle of the quarter to close the gap. The Warriors held on to a 29-23 lead at halftime.

The third quarter was just as competitive as the first half was. The teams fought back and forth, and the Warriors led 39-32 heading into the final period.

Jaden Yeh sets up a play.

The game started to get physical in the fourth quarter. The Warriors scored 11 of their 16 points in the quarter at the free throw line. They also scored the final six points of the game as they won the game 55-44.