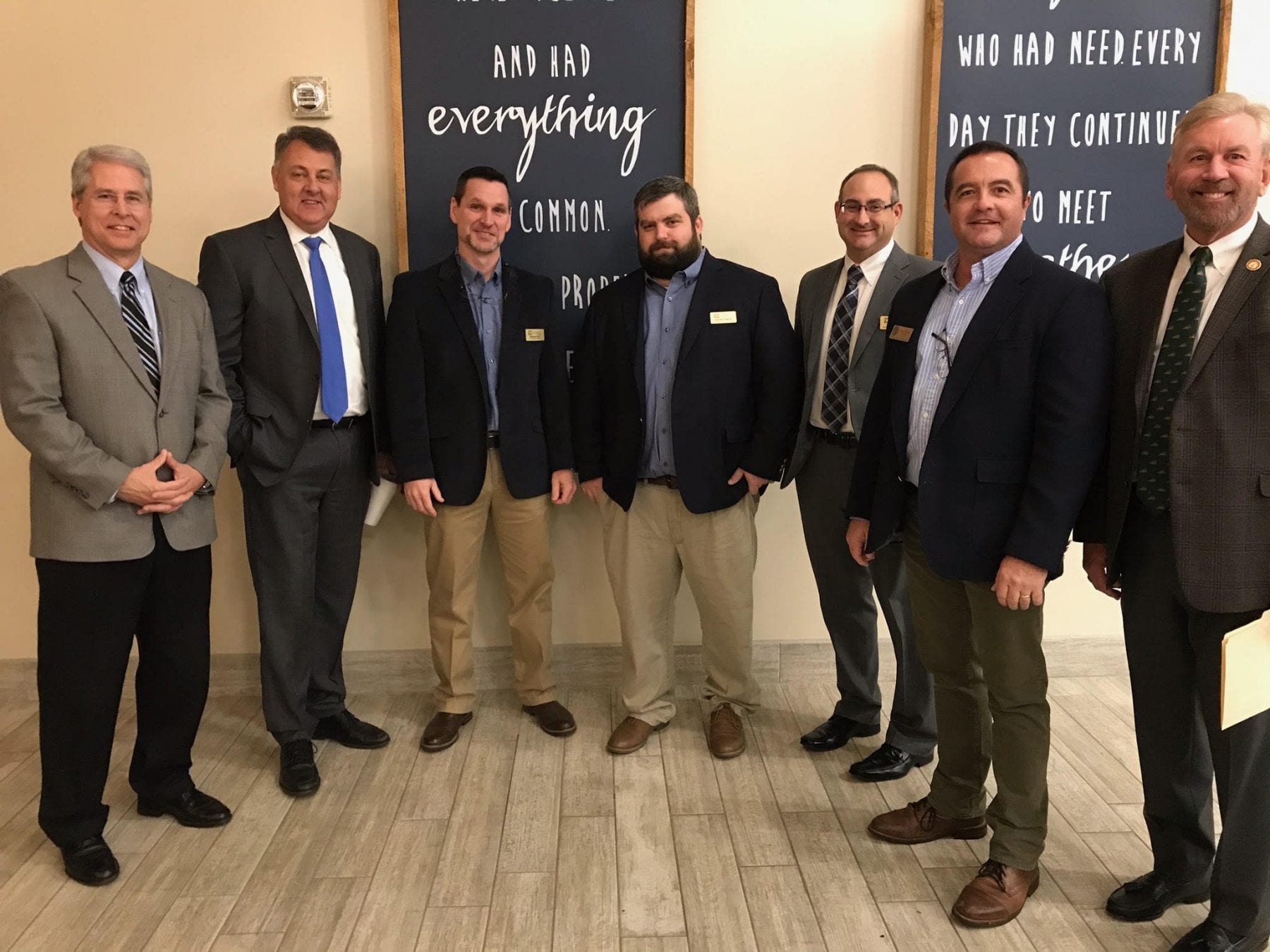 WHITE COUNTY, Ga. – Members of the White County legislative delegation gave those who attended the 2020 Eggs & Issues Breakfast at The Bridge Church Friday, an idea of what to expect when the Georgia General Assembly convenes next week.

The event was sponsored by the White County Chamber of Commerce and hosted by Chamber President Beth Truelove. State Senator Steve Gooch (R-Dahlonega) and State Reps. Lee Hawkins (R-Gainesville) and Terry Rogers (R-Clarkesville) were on hand. Rep. Matt Gurtler (R-Tiger) could not attend due to a previous commitment.

Health insurance is an issue at the top of the senator’s mind as he prepares for the next session of the General Assembly.

When Northeast Georgia Health System announced it would no longer consider patients insured by Anthem in-network, thousands of patients faced out-of-network prices if they accessed care at NGHS’ hospitals, urgent care facilities and physician group centers. Fortunately, the two parties reached an agreement this month that will keep the health system in network with Anthem commercial health plan members.

“I don’t think the government should interfere with those kinds of things until they become ineffective and basically dysfunctional and I think it had gotten to that point,” Gooch told the audience. The situation became critical for many of us here in north Georgia. When you get a letter in the mail that says you are no longer in network at Northeast Georgia Medical Center, it puts a little fear in your mind and panic across a lot of households.”

While thousands of area residents have dodged a bullet for the time being, patients in other parts of the state may still be in jeopardy.

“We don’t know what the future is going to hold,” Gooch said. “We’re told this could happen again in other parts of the state. So, I’ve asked the chairmen of our Health Committee and Insurance Committee in the senate to look at what we can do legislatively to give all our citizens opportunities and options if this were to happen again. It happened two years ago at Piedmont so this is something at the top of a lot of people’s minds.” 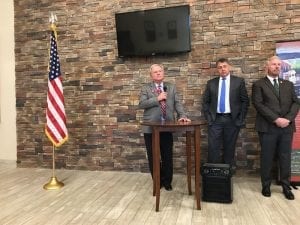 Rogers devoted much of his time to a discussion of the economy and the governor’s proposed budget cuts.

“The state of Georgia is in phenomenal shape,” he said. “For the seventh year in a row, we’re the No. 1 state in the nation in business. We have created 800,000 new private sector jobs. The film industry is robust. It is huge. We rank third in the entire world in filming. In education, we have fully funded QBE. We have one of the greatest technical college systems in the entire country and we are one of only four states in the nation with AAA bond rating.”

Despite the blue sky economy, Gov. Kemp is calling for major budget cuts.

Rogers explained, “We have economists telling us there could be a rocky road ahead. There is a 50-50 chance. We need to make certain we are prepared.”

Rogers reminded the audience of the not-too-distant recession years. “When I won a special election, state unemployment was pushing 11 percent and we had a rainy-day fund that would last for about a day and a half,” he said.

“We don’t want to go back to that. What the governor has asked for is the supplemental budget to be cut by 4 percent and the 2021 proposed budget to be cut by 6 percent,” Rogers said.  “That’s a huge cut, when you figure he has exempted things like education and public safety. The budget will be lean and it will be efficient.”

In Georgia, the budget calendar begins in July. Hawkins’ Budget Committee will begin dealing with the supplemental budget before starting on the proposed new budget.

“We will look at the needs,” Hawkins said. Typically it’s the schools that have needs due to increased enrollment. The plan is to move money from the state’s fund balance, or rainy day fund, to cover those needs.

So, the state will have some tough cuts to make that may include personnel to achieve Gov. Kemps goal.

Hawkins said his Budget Committee met with state department heads last week. “The departments are reporting they may have to take some people out,” he said. “We will look at that much stronger next week to see what adjustments can be made.”