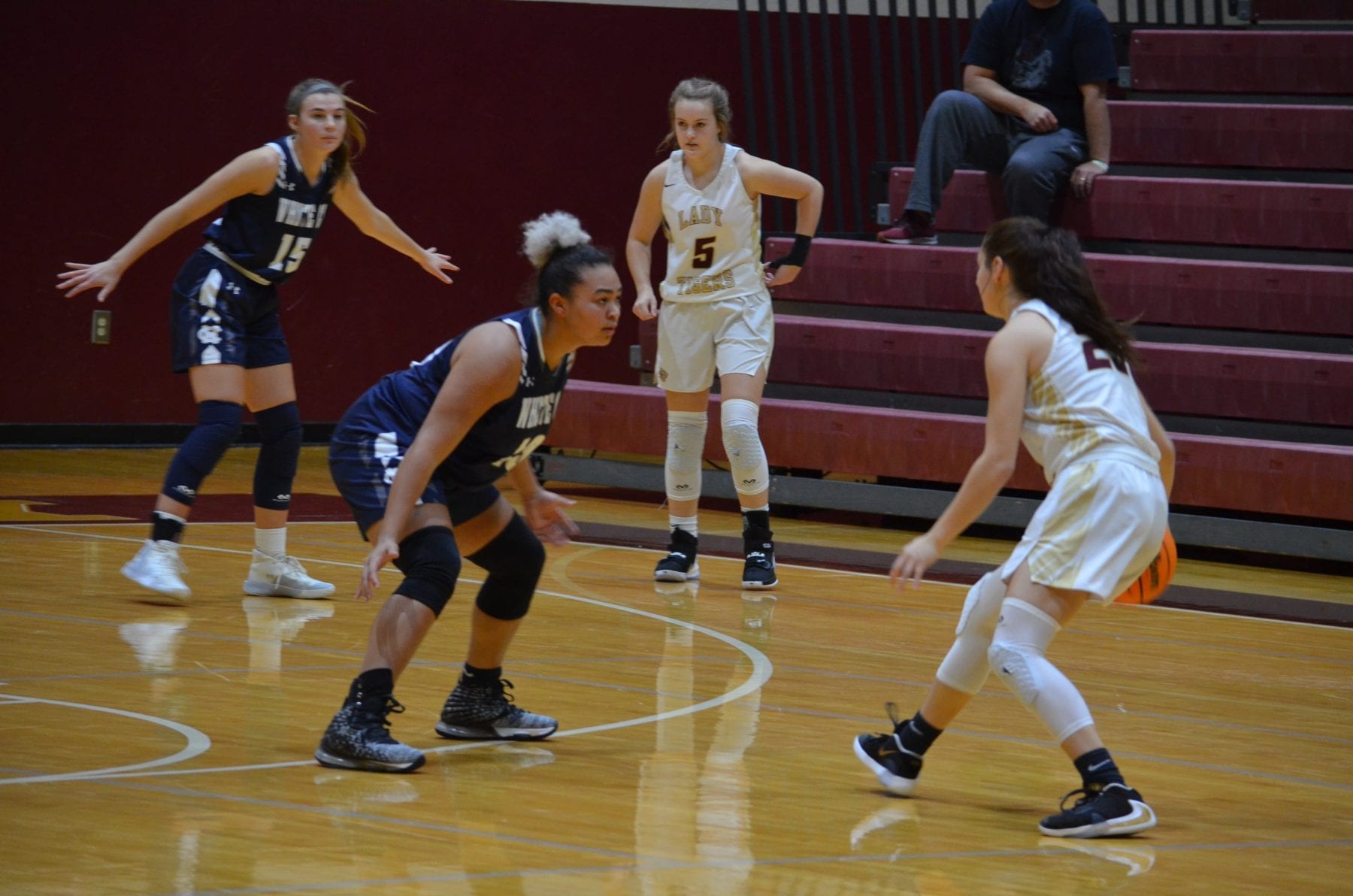 While the game was close throughout, the Lady Warriors (6-5, 2-1 Region 7-AAAA) outscored the Lady Tigers 22-16 in the fourth quarter to pull out the victory.

Despite being outscored in the fourth, the Lady Tigers (6-5, 2-1 Region 7-AAA) made a furious run late in the game that almost brought them all the way back into the lead.

Maddie Futch, a junior, led the way for White Co. with 16 points in the game. 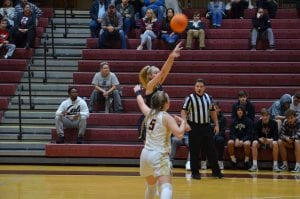 Naomi Crumley also scored in double digits with 10 for the Lady Warriors.

For the Lady Tigers, junior Madison Anglin led with the way with 20 points.

Senior Sophia D’Oliveira added 16 for Dawson, while Marlie Townley, also a senior, had 11 points and 10 rebounds.

White Co. jumped out to the quick lead to start the game, then ended the first quarter on a 7-1 run to take a 13-6 lead.

The Lady Tigers responded with a 6-1 run to open the second quarter and close the gap. The teams traded scores, with White Co. leading 27-24 at halftime.

The second half started off just as even as the first half.

The Lady Tigers were able to take their first lead of the game in the middle of the third quarter after an 8-0 run. The Lady Warriors responded by scoring the final five points of the period to retake the lead, 42-40. 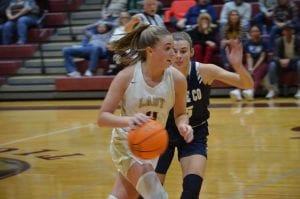 White Co. went on a 7-2 run early in the fourth to gain a bigger advantage quickly. With 5:30 left in the game and the Lady Tigers trailing 51-45, D’Oliveira fouled out of the game. The Lady Warriors took advantage by going on a 6-1 right after. However, Dawson Co. showed heart and didn’t give up. They went on an 8-2 run to cut the lead to five. White Co. then scored five of the final seven points of the game to win 64-56.

Both team next play Tuesday, Dec. 17. The Lady Warriors will travel to Chestatee High, while the Lady Tigers will head to Dahlonega to take on region foe Lumpkin Co.

Both games are slated to begin at 6 p.m.