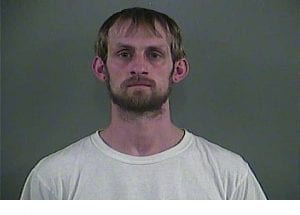 HELEN, Ga. — On Nov. 30, White County deputies assisted the Helen Police Department in serving a warrant on a suspect who is charged with aggravated assault and who was believed to be armed and dangerous.

Deputies located 32-year-old Timothy Paul Griffin at Unicoi Lodge, served the warrant and arrested him without incident. After he was handcuffed, Griffin informed deputies that he was in possession of a loaded firearm that was located in his 2008 Kia Sedona.

Deputies removed the Glock Model 22 from the vehicle’s glove compartment removed 12 rounds of ammunition and placed it into an evidence bag. Griffin was then transported to the White County Detention Center.