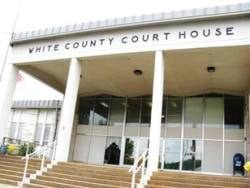 Those charges are in connection with alleged incidents that occurred at a residence on Rocket Drive February 7.

At the time of the arrest, Capt. Rick Kelley said there were four children in the home ranging in ages from 10-15 years old. The investigation showed a history of abuse. Shelby is charged with three counts of cruelty to children in the first degree and one case of aggravated assault.

The grand jury heard a total of 43 bills addressed and all were true billed.