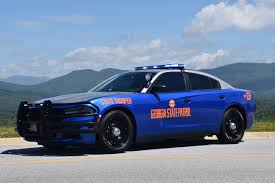 ATLANTA — St. Patrick’s Day is this weekend, and the Georgia State Patrol is reminding party goers to put safety first. State troopers will be on patrols keeping an eye out for impaired drivers and any other traffic violations that could potentially cause a crash.

“St. Patrick’s Day is one of those holidays where troopers see a spike in impaired driving,” said Colonel Mark W. McDonough, Commissioner of the Georgia Department of Public Safety. “Driving while under the influence of alcohol or drugs is against Georgia law and compromises the safety of everyone on the road, so if you drive impaired you will be arrested,” he added.

Last year, during St. Patrick’s Day weekend (March 16-18, 2018), Georgia State Troopers investigated 304 crashes that resulted in 178 injuries and six fatalities. In addition, troopers arrested 196 people for driving under the influence and issued a total of 2,554 citations and 3,195 warnings.

The best way to prevent alcohol-related traffic deaths during this holiday is careful planning. “Partygoers should have a plan for getting home safely if they choose to drink alcohol,” said Colonel McDonough. “Designate a sober driver or make other arrangements to get home by taxi or rideshare service,” he added.

If you are the designated driver, make sure you keep an eye out for pedestrians. Also, drive carefully and defensively. You may be sober, but that may not be true for the other drivers or pedestrians on the roads. If you suspect someone is driving impaired, do not hesitate to notify local law enforcement. You could save someone’s life.

In addition to planning a safe ride home, partygoers should stay hydrated and not leave their drinks unattended. Party hosts should serve lots of food, have non-alcoholic beverage choices, keep a watchful eye on their guests, and have the phone number of local cab companies on hand should someone need them. But most importantly, if you see someone who is about to drive impaired, try to help them make other arrangements to get home safe.