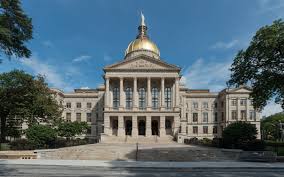 Concerning the budget, while Gurtler expressed that he supports affected individuals residing in the counties impacted by Hurricane Michael, the state representative explained that the manner that allocated funds were not in sync with his conservative principles, prompting Gurtler to vote against the measure. 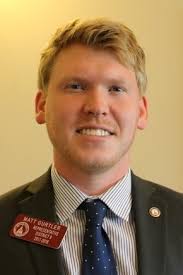 Gurtler additionally disapproved of the amended budget due to what he considers wasteful spending.

“Out of the $270 million allocated, $40 million of those taxpayers dollars went to departments that directly interfere in the free market by subsidizing private businesses through the One Georgia Authority and REBA (Regional Economic Business Assistance), ” Gurtler explained, “This shouldn’t have been part of the discussion during the special session and these departments actually hurt Georgians and the Georgia economy. But nonetheless, subsidies and handouts always seem to find their way back on our desks.

“On top of that, we could have used our rainy day fund ($2.5 Billion) to allocate funds OR the fiscal affairs committee could have simply voted to approve these funds without calling a special session, which costs you, the taxpayers, $40,000 a day. Not only do we waste tax dollars on bureaucracy with every action, but we also waste tax dollars on the debate on how much of those tax dollars we can spend. This should not be happening and I believe would be worse if there was not a small contingency pushing back.”

“I voted NO to this measure because this is a subsidy for a portion of the industry, for a limited area, under specific circumstances, and with a whole lot of expensive bureaucracy,” Gurtler stated, “While it was brought to us with the greatest of intentions, subsidies given to individuals and businesses are simply not the proper role of government, and they harm Georgians and the Georgia economy in the long run. For those reasons, I voted NO.”

Although Gurtler stated that while he does not believe that the jet fuel tax exemption measure is without flaw, the representative voted in favor of the bill.