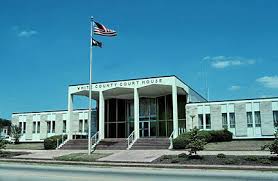 CLEVELAND, Ga. – On the eve of Georgia’s monumental election, officials at the White County Probate Court and Elections office had more on their mind than Election Day.

Probate Judge Garrison Baker said a suspicious envelope containing a white granular substance was received at the courthouse Monday at approximately 10 a.m. The courthouse was evacuated for a short period of time.

Judge Baker and his staff followed protocol and notified the security desk at the courthouse and in turn, the Federal Bureau of Investigation responded and collected the envelope along with the substance.

Baker said it was determined the substance was not dangerous but the incident remains under investigation.