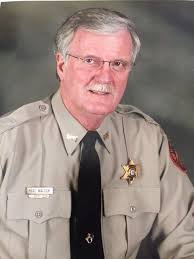 HELEN – A body found Tuesday afternoon near the trail to Raven Cliff Falls in north White County has been identified as that of Robert Waters, 49, of Jacksonville, Fl.

White County authorities say a hiker found the body around 2 p.m. and called 9-1-1.

“Foul play is not suspected,” Sheriff Neal Walden said. “The man was hiking with his wife and two sons when they became separated.

Authorities with the Helen Fire Department, White County Sheriff’s Office and Fire Department were dispatched to the scene. Sheriff’s deputies questioned hikers as they left the trail in an attempt to gather additional information.

Walden said the cause of death is unknown at this time but the body has been sent to the  Georgia Bureau of Investigation Crime Lab for autopsy.

Fetch Your News will have more information as it becomes available.