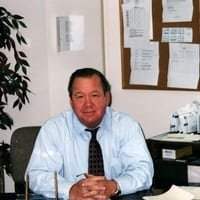 Mr. Reily was born in Atlanta, Georgia January 31, 1941 to the late Robert E. Reily, Jr. and ImaJean Donehoo Reily. Robert grew up in Atlanta, Georgia where he attended Brown High School, class of 1959. After high school, Robert joined the Navy and served in the Vietnam War aboard the U.S.S. Ranger CVA 6. After returning home from Vietnam, Robert married his wife of 50 years, Julie and attended Woodrow Wilson College of Law in Atlanta, Georgia, where he earned a law degree in 1975.  Robert practiced law as well as worked as a financial advisor with Riviera Finance Company in Atlanta, Georgia where he retired. Robert and family moved to Cleveland, Georgia where he enjoyed fishing from his fishing dock on the Chattahoochee River. Robert was an avid bird-watcher and enjoyed painting the beautiful mountain landscapes surrounding his home.  He was an enthusiastic Georgia Tech football fan.

A celebration of life service will be held 1:00 pm Saturday, July 28, 2018 at The Chapel of Barrett Funeral Home, Cleveland, Georgia.

A reception will immediately follow the service at the funeral home.