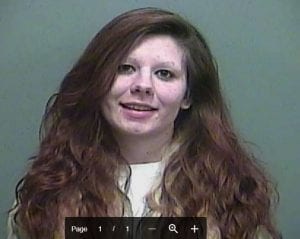 Ashley Sosbee, 25, was charged in connection with the overdose death of Adam Hicks. The five-month investigation into Hicks’ death led to opiod-related search warrants in Habersham and Franklin counties and a total of 17 arrests for violation of the Racketeer Influence and Corrupt Organization Act (RICO) statute.

In a press release, Special Agent Mitchell Posey said, “Authorities have worked tirelessly to bring the people responsible for the death of Adam Hicks to justice. This investigation speaks loudly to opioid dealers that law enforcement will not sit idly on the sidelines as the people in our communities die.”