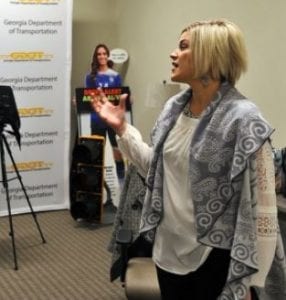 CLEVELAND, Ga. – The driving surface of the oldest bridge in White County will be replaced this summer.

The Georgia Department of Transportation (GDOT) held an informational meeting in September to discuss the rehabilitation of the 60-year-old Roy Head Bridge on state Route 11/US 129 over Tesnatee Creek north of Cleveland.

Last week, GDOT announced the contract for the work has been awarded to Comanche Construction, of Marietta. The amount of the contract is $969,337. Work, which will include painting the steel beams, replacement of the bridge deck joints and protective overlay riding surface, is expected to begin in June and be completed by the end of July.

At the informational meeting, GDOT spokeswoman Katie Strickland said replacement of the driving surface will help the sub-structure because it is cracking. Strickland said GDOT will place message boards and detour signage and a signal light at the intersection of Tesnatee Gap Valley Road and Hwy. 115 west.

The bridge was named for the first soldier from White County who was killed during World War I.