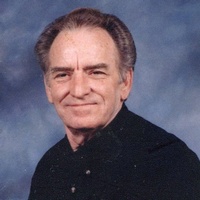 Mr. Alexander was born in Gainesville, the son of the late Guy Wesley and Lucille Roberts Alexander. He was preceded in death by a daughter, Pam Alexander. Mr. Alexander was a Veteran of the U.S. Navy serving in the Vietnam War and was a member of Solid Rock Baptist Church.  He was a retired Electrician.

The family will receive friends 2-4 and 6-9 p.m. Monday at the funeral home.

Online condolences may be made to the family at barrettfh.com.