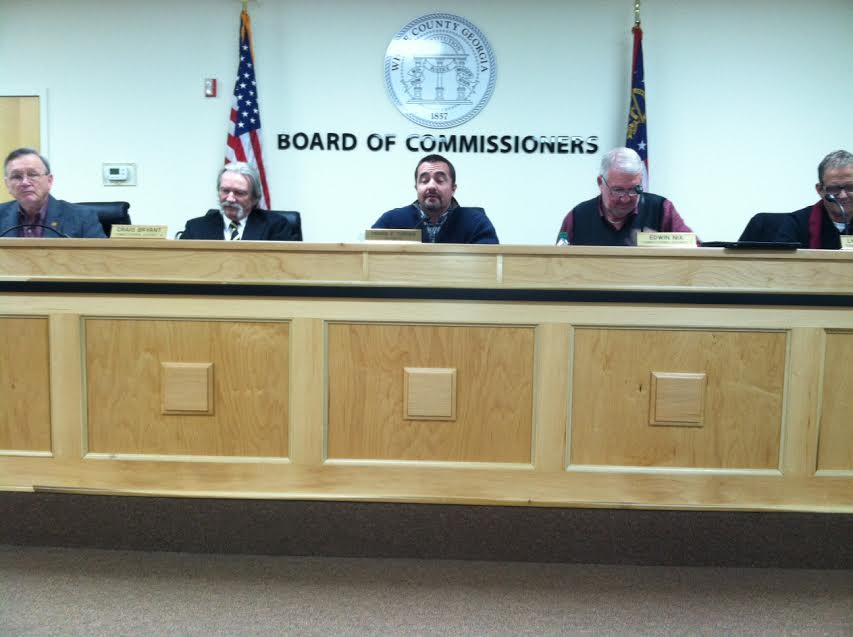 CLEVELAND, Ga. — Meeting for the first time in the new year, White County commissioners addressed a variety of issues, including 2017 road projects, pay raises for Sheriff’s Office personnel and amendments to the county’s land use plan Tuesday.

The Board approved $944,889.20 to improve White County Roads, the largest and most expensive of which is a 1.3 mile section of Mauldin Road at a cost of $345,886, followed by a .72 mile section of Arthur Allen at a cost of $166,436.40. All projects will be funded by the 2014 voter-approved special purpose local option sales tax (SPLOST).Other roads approved for prep work and paving include Danny Palmer, Bear Creek and Steve Lewis.

Huntington Road, Hannah Brook Lane, Heather Way and Mountain Meadows were approved for patching and resurfacing. A proposal on Stanley Nix and Sam Craven was tabled until March 2017 for prep work in 2017 and paving in 2018.

Commissioners also unanimously approved an amendment to budget line items relating to compensation for White County Sheriff’s Office and Detention Center personnel in the amount of $27, 724 ( in addition to the $103,000 approved in 12/13/16.

During a public hearing, there was no opposition to an amendment to the land use ordinance that establishes a one-acre minimum lot size for all development within the single family residential district (R-1) in the unincorporated area of the county. Commissioners unanimously approved the amendment.

The Reverend Nathan Morgan was granted a conditional use permit to build a parsonage on his property at 176 Mountain Scenic Drive in Cleveland and, after a public hearing in which no one spoke on opposition, commissioners approved a request by Juliet Reeves for abandonment of a portion of Stover Road.

A request by Rev. Nathan Morgan to approve a conditional use permit to place a parsonage on his property at 176 Mount Scenic Drive in Cleveland in a C-2 district;

Adopt a resolution to to execute the contract for the Georgia Dept. of Natural Resources Recreation Trails Grant for Phase II at Yonah Preserve in the amount of $100,000 and