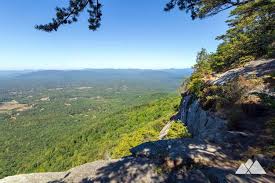 On scene, fire units learned that a hiker had separated from their spouse while on the trail. He had waited to see if his wife returned to base and had asked several hikers coming back down if they saw his wife and they had not. At that time, the husband called our E911 Center and although they are avid hikers from south Georgia, she had become lost.

At 7:30 p.m. a Georgia State Patrol helicopter advised that they could see someone waiving a stick with a piece of cloth at the end of the stick. It was the lost hiker. In the meanwhile, two teams consisting of firefighters made their way up and around the mountain — one at the lower landing zone area and the other to the top of Yonah Mountain. Working with the GSP helicopter personnel using GPS, the hiker’s location was given to the firefighters.

At 10:30 p.m. , firefighters located the hiker and with the assistance of Lee Arrendale firefighters setting up a rope system. Firefighters rappelled down the rock face to her location. She was then hoisted back up to safe footing.

The hiker was evaluated by White County EMS. No injuries were reported and the incident was closed. 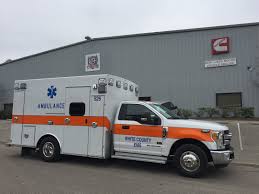 WHITE COUNTY, Ga. — On Sunday September 15th at approximately 4 p.m. White County firefighters responded to Yonah Mountain to the report of a person that had fallen from the rock face.

White County EMS were first to arrive and advised all incoming agencies of the status of the patient and the location and conditions.  White County Fighters had a total of 10 personnel with mutual aid from Lee Arrendale, CERT REHAB team, Department of Natural Resources and the City of Cleveland firefighters. A total of 21 responders were on scene.

While rappelling off the rock face, a 55-year-old male lost his footing and fell down approximately 100 feet landing on the first plateau of the rock face.  Although injured, none of his injuries were life threatening.

Rescue teams hiked into the area and set up a rope system and using a stokes basket, pulled the injured man to safety.  A helicopter was requested but there would be a 2 hour delay.  White County EMS transported the patient to Northeast Georgia Medical Center in Gainesville. There were no other injuries; the incident lasted 3 ½ hours. 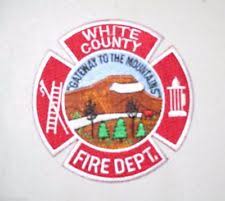 Saturday evening, firefighters responded to the report of a lost hiker on Yonah Mountain. The hiker was located and walked out to the parking area on Chambers Road. The hiker was evaluated by EMS but did not require transport to the hospital. This search and rescue operation lasted approximately three hours.

Sunday morning, E-911 advised fire officials that several hikers on Yonah Mountain saw a dog that was stranded out on a ledge. Four personnel from White County Fire Services along with Jessica Tanner of White County Animal Control responded. A firefighter was lowered down the cliff where he secured the dog and both were then hoisted back up. The dog was placed in the custody of Animal Control; the dog was not injured.

Sunday evening, White County firefighters — with mutual aid from Lee Arrendale firefighters and White County EMS — responded to a report of a high level fall on Yonah Mountain. Upon arrival, it was found to be a male that had fallen at the rock steps sustaining an injury to his leg. Responders hiked in about one-quarter mile, placed the patient in a stokes basket and brought him out to the awaiting ambulance. Firefighters then assisted in packaging and loading the patient for transport. 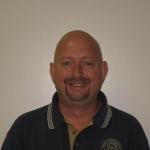 CLEVELAND, Ga. – While most Georgians were making plans to celebrate Thanksgiving with their families, White County’s public safety personnel, police and firefighters spent a busy weekend fulfilling their missions.

Early Sunday morning, Murphy said, fire units responded on auto-aide to the city of Helen for a reported Commercial Fire on Edelweiss Strasse, and were later cancelled.

At 10:35 AM, 911 received a call of a structure fire in a commercial building at the Allison Honey Building off Town Creek Road.  Fire Station 5, 6 and 2 along with mutual aid from the City of Cleveland responded to the incident and found approximately a 1200-square foot wood frame structure with heavy fire showing.

Murphy said a quick interior attack knocked down the fire but the building and contents were destroyed.  The fire believed to have started from a wood stove located in the building.  No injuries were reported.

At 11:13 a.m.  911 received a call from two teens on Yonah Mountain. Murphy said, the two had been hiking for about two hours and were lost.  They were off the trail and could not find their way back.  Firefighters from Station 3 and Station 2 responded to the location and located the two hikers at approximately 1:28PM.

At 10:58 p.m., another structure fire was reported at 224 Magnolia Drive. firefighters from Station 2, Station 3 and Mutual Aid from Helen City and Lee Arrendale Correctional Institute responded to the incident. Upon first arrival of Engine 2, they reported heavy fire in a two-story structure.

Firefighters battled the blaze until 12:38 a.m. when the decision was made to go into defensive operations. The Georgia Forestry Commission was notified along with the state fire investigator. Murphy said the residence did not have power. He said the fire was apparently caused by a wood stove in the basement.  Firefighters remained on the scene until approximately 7:30 a.m.  No injuries were reported.

“Our firefighters along with the City of Cleveland and City of Helen do a remarkable job, our volunteers are dedicated and we appreciate the sacrifices they make on behalf of our community to keep us safe.” 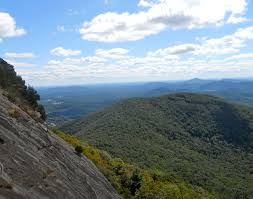 CLEVELAND, Ga. — White County authorities have identified the woman who fell to her death from Yonah Mountain Monday evening as Virginia Grace Hill, 27, of Gainesville.

This marks the second time in the last year someone has fallen to their death on the mountain. John Hebenstreit, a 43-year-old Braselton man was killed last May while hiking with his wife and children.