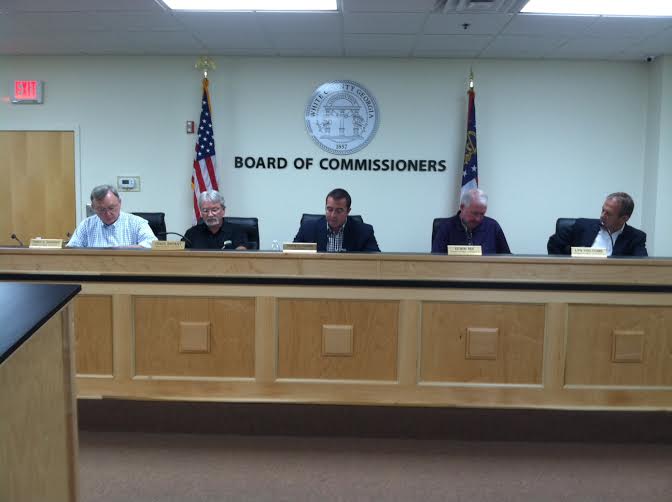 CLEVELAND, Ga. – White County Commissioners discussed and unanimously agreed to the establishment of a one-acre minimum lot size and minimum of 700-square-feet minimum for residential structures at Monday’s work session. Those and other issues will be placed on the consent agenda at the next voting session.

Commissioners noted the “tiny house movement,” an extreme form of downsizing as seen on television, is gaining in popularity. To be considered a “tiny home” by the American Tiny House Association, square footage can be no higher than 400.

Asked why commissioners would restrict house sizes, they expressed concern about the negative impact such a home could have on other homes in the area. They also noted that some building supply stores have begun to market storage buildings as suitable for a house dwelling.

Other items discussed and placed on the consent agenda include:

Replacement of the retaining wall and concrete steps at the Chamber of Commerce facility at a cost of $23,000 to be paid for out of the Hotel/Motel Tax fund;

Contract with Simco for installation of the insulation at the county’s Maintenance Shop at a cost of $6,532;

Placement of a county-owned 1991 Ford F800 Diesel truck assigned to the Fire Department on the county surplus list to be advertised for sale on Govdeals.com at a cost of $4,000;

A quote of $45,180 for radio system improvements for the Fire Department that will touch two tower sites and bring Skitts Mountain on line;

Purchase of a used air-light truck for the Fire Department to replace a current high mileage truck at a cost of $15,000.