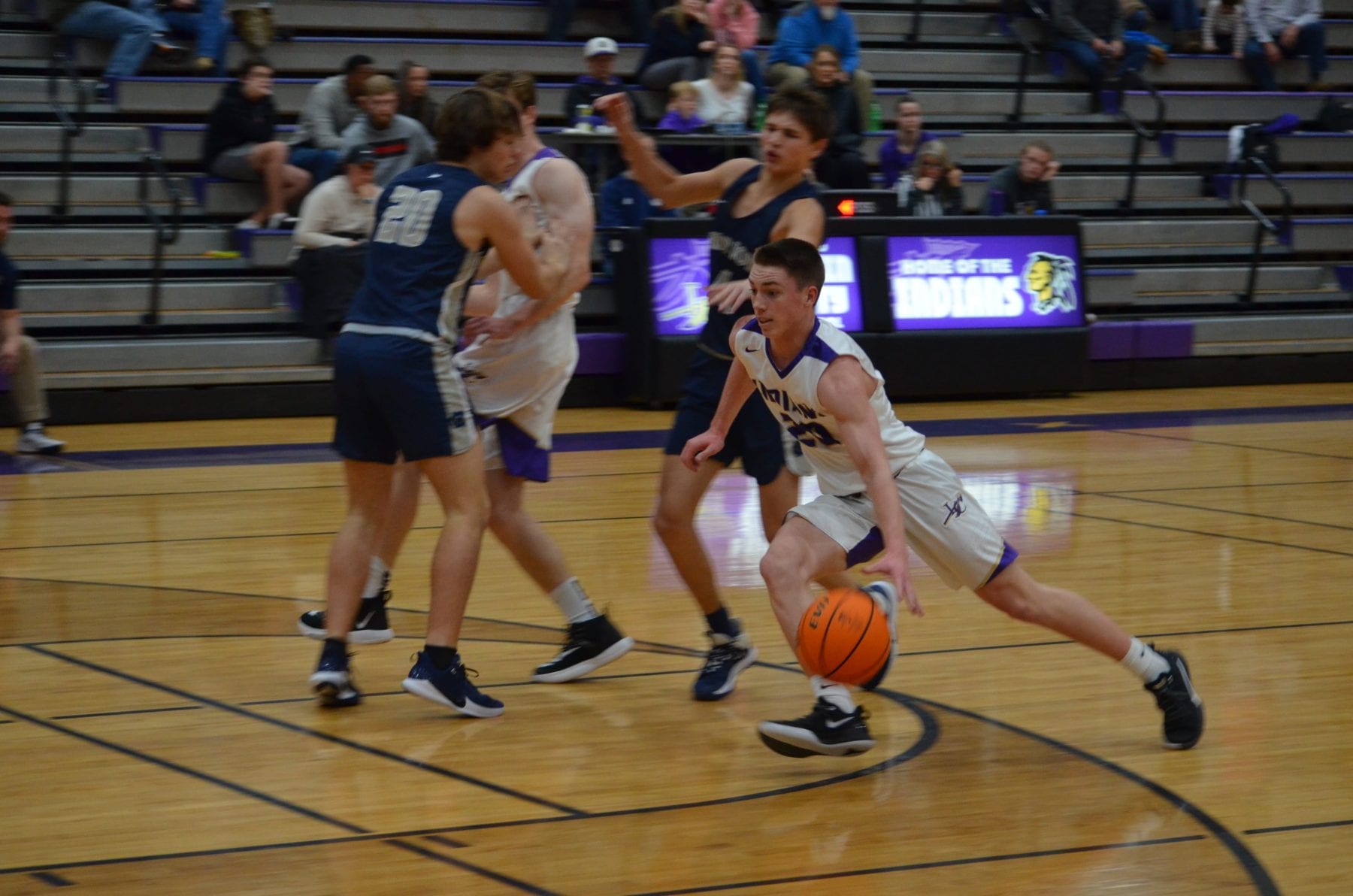 Jadon Yeh led the Warriors in scoring with 14 points, while Will Sampson scored 10 points.

For the Indians, Jacob Cumbie scored a game-high 15 points, and Gus Faulkner had 11 points. 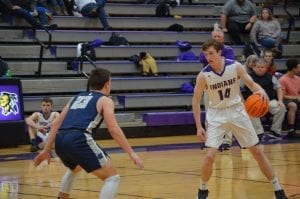 Jacob Cumbie sets up a play while being guarded by Cooper Turner.

The Warriors struck first by jumping out to a 7-2 lead quickly. The Indians responded well, and the game was tied at 11 at the end of the period.

The second quarter was just as tight as the first. A 7-0 run by Lumpkin Co. allowed them to take a narrow 20-19 lead into halftime.

White Co. started the second half by scoring the first six points. However, when Yeh got into foul trouble, Lumpkin Co. took advantage. They scored the next nine points and led 29-26 at the end of the quarter. 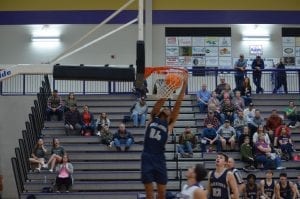 Will Sampson finishes the dunk.

The Warriors went on an 8-0 that stretched from the end of the third quarter until a few minutes into the fourth. Late in the game, junior Chandler Pulley drove into the lane and tied the game at 41 with a lay-up. The next play, Sampson hit a lay-up for the Warriors with 33 seconds left. Lumpkin Co. took their time on their next possession, but the ball was deflected. Before it went out of bounds, White Co. sophomore Silas Mulligan lunged for the ball and saved it in bounds to Yeh. Freshmen Jadon Yeh knocked down two free throws to seal the win for the Warriors.

The Warriors will play again on Friday as they host Chestatee high school.

The Indians next game is another home game on Tuesday against GAC.