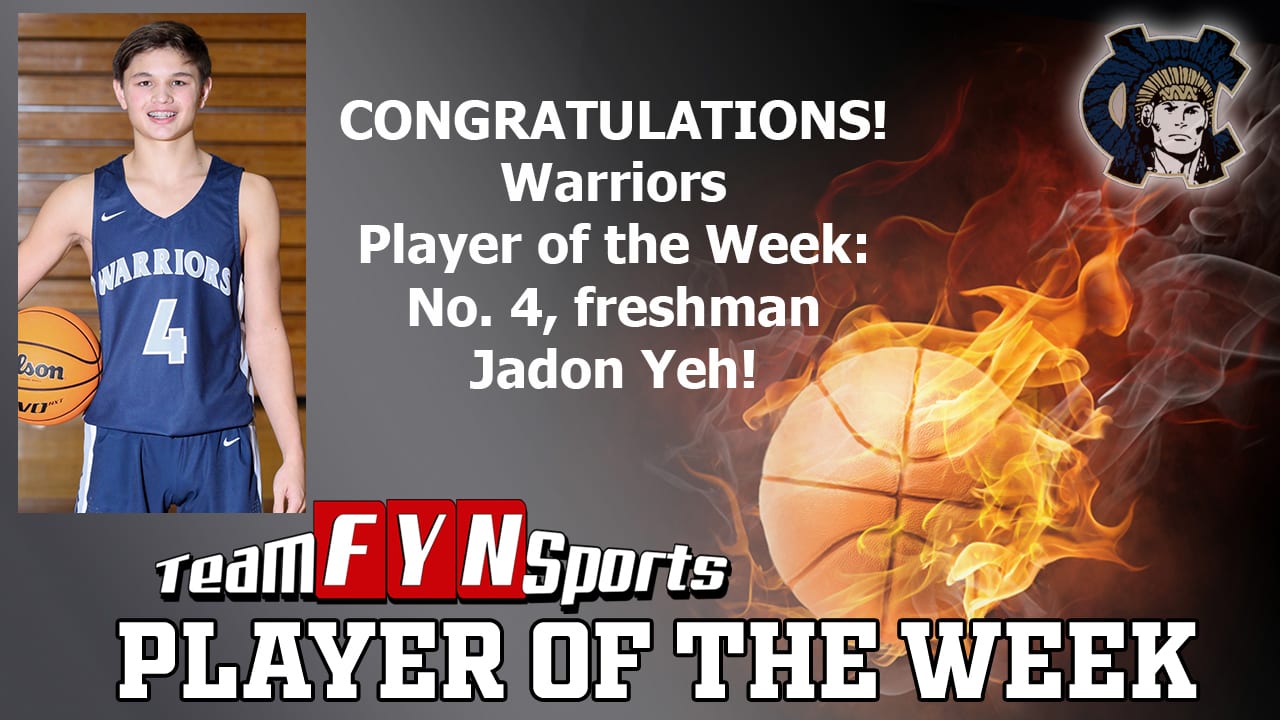 Jadon Yeh is the TeamFYNSports Player of the Week for the Warriors!

Yeh, a freshman guard, had double-digit scoring in both games for White Co. (5-5, 0-2 Region 7-AAAA) last week as the Warriors won two straight.

The next day in the North Georgia High School Showcase in Dawsonville, Yeh scored 11 points as the Warriors defeated Riverside Military Academy 58-46.

For his efforts, Yeh is the TeamFYNSports Player of the Week for the Warriors!