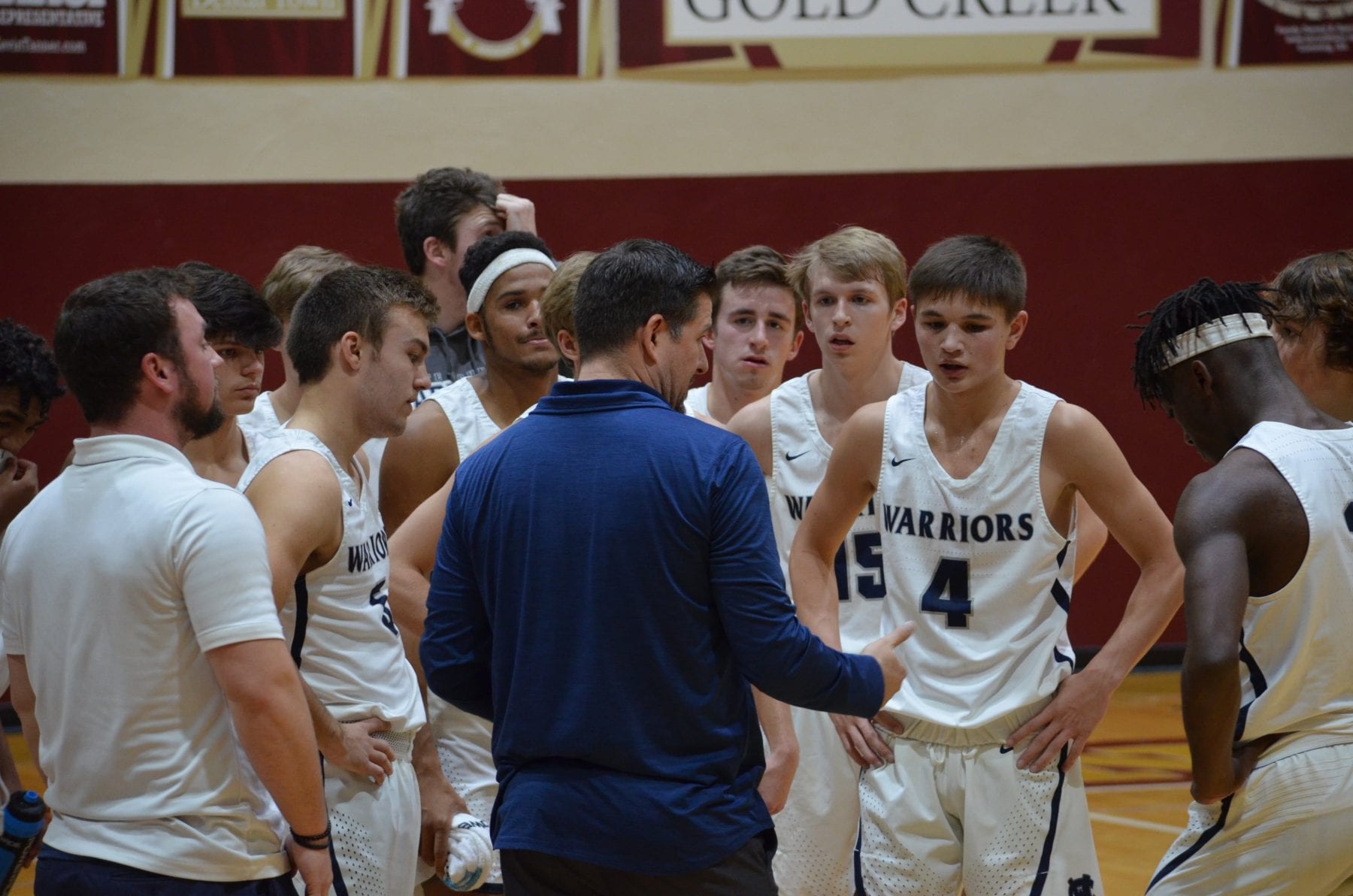 White Co. (5-5, 0-2 Region 7-AAAA) defeated Riverside Military Academy on Saturday afternoon at Dawson Co. high school. The Warriors won their game in the North Georgia High School Showcase 58-46. They outscored the Eagles 17-6 in the final period. Silas Mulligan lead White Co. to the win with 22 points in the game, including 12 in the third quarter. Darius Cannon scored 12 for the Warriors, and Jadon Yeh had 11 points in the win. 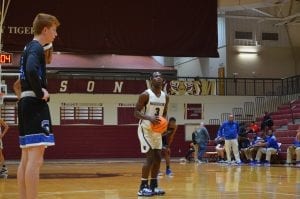 The Warriors jumped out to the quick lead by getting up 11-5 halfway through the first quarter. Riverside’s defense stepped up to end the quarter, holding White Co. scoreless over the final few minutes. A 3-pointer late in the quarter cut the Warrior lead to 11-8 at the end of the period.

The second quarter was more back and forth with both teams battling hard. An 8-0 run by the Eagles in the middle of the period allowed them to take the lead. The Warriors responded and regained the lead, but another late 3-pointer gave Riverside the 24-22 lead heading into halftime.

The third quarter was another dogfight, with the teams trading scores and trading leads. A late lay-up from the Warriors allowed them to take a 41-40 lead into the final period. 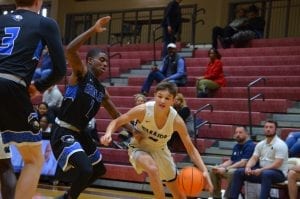 Jadon Yeh drives into the lane.

White Co. battled hard in the fourth quarter, and it paid off. Mulligan took charges on back-to-back plays, which epitomized their hustle and grit throughout the game. The Warriors ended the game on a 12-3 run to win the game 58-46.

The Warriors’ next game will be Tuesday at 7:30 P.M. as they travel to play at Chestatee high school.